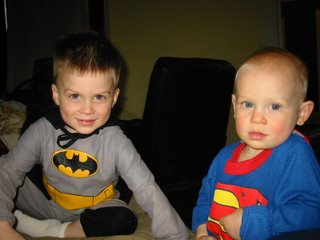 What happened to heroes in stories? In older films and stories, heroes were characters who made sacrifices. They were people who thought of others before themselves. At some point we decided that this was unrealistic, and characters like a square-jawed Superman were too corny for us. We were more sophisticated than that -- life is gray, not black and white. Bad guys and good guys went the way of the dodo. Nowadays heroes are out for themselves. Maybe that is more realistic -- but what lesson are we learning?

What people are forgetting about stories is why we tell them, and that “why” is very important. The “why” tells you how to tell a story. Almost all stories have a lesson at their core. Sometimes a small lesson, sometimes profound, but almost always a lesson.

If you buy this idea, then what are heroes for? Why in the past were they so goody-goody? Heroes represent ideals to live up to. We learn from their example how we should try to behave. We see who we hope we will be when and if we are ever called on to be brave in the face of danger, be it physical or emotional. These examples are what we hope to imitate.

Stories are only a reflection of life, and flesh-and-blood heroes who are not fictional beings serve the same purpose -- they have lived out ideals we hope to live up to. Look at Mahatma Gandhi, Mother Teresa, Albert Schweitzer, Martin Luther King, Jr. -- very few of us can claim to be as self-sacrificing as these. And because we know what they did is right, but not easy to do, we exalt these people.

A hero is measured by the size of his/her struggle. In many stories, a formidable villain shows us the hero’s strength. But in others, a hero’s internal struggle, with what has been called a fatal flaw, is the real obstacle to overcome. Giving a hero a weakness to overcome is what makes him/her like us. They are reluctant to do the right thing, but do it anyway because it is the right thing.

How deep does this imitation go? In the 1930s, Clark Gable starred in a classic Frank Capra film called It Happened One Night. In a scene in that film, he undressed and you could see that he wore no t-shirt. That year the sales of t-shirts went down. Years later, in Rebel Without a Cause, James Dean wore a t-shirt as outer wear and that became a fad.

These are just small examples of how we imitate our heroes. We also adopt their behaviors. We learn from their mindsets. As storytellers, we have a responsibility to show people who they could be if they face their demons and do the right thing. Sometimes people need a story to show them how they can be heroes.

This blog entry is dedicated to August Wilson who became a friend and hero to me. He died on October 2, 2005, of liver cancer.
Posted by Brian McD at 6:35 PM 3 comments: 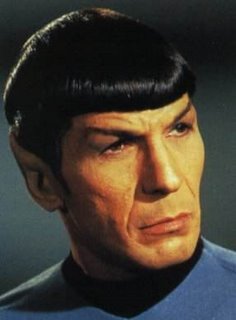 When was that last time you felt anything in the movie theater? I mean really felt something for the characters. Did you care who lived and who died? (I don’t mean intellectually, but deep down in your gut.)

When a film is really working people come out fired up. They are still giggling at the funny part, or still worked up by exciting part. Or they are still sad because of the melancholy part. But more often than not when I leave the theater I don’t hear people talking about the film at all. They just file out quietly, unless they have something clever to say about what they have just seen. Just as often, they talk about getting lunch or dinner.

Part of what has happened is that academics have hijacked cinema. For them, emotional drama is cheap or manipulative. If it makes them cry, that’s the worst kind of story.

But also, filmmakers have fallen in love with spectacle. These are the amazing special effects, or stunts, or scenery, or sexy stars that create visceral, albeit superficial, emotions in the viewer. These cost a lot of money, but are what I like to call “creatively inexpensive”—not hard to think up. And they have no lasting effect on the audience.

Aristotle put it like this: “The Spectacle has, indeed, an emotional attraction of its own, but, of all the parts, it is the least artistic, and connected least with the art of poetry [he means playwriting]. Fear and pity may be aroused by spectacular means; but they may also result from the inner structure of the piece, which is the better way, and indicates a superior poet. For the plot ought to be so constructed that, even without the aid of the eye, he who hears the tale told will thrill with horror and melt to pity at what takes place.”

We screenwriters have all but forgotten that our job is, fundamentally, to evoke emotional responses in the audience in order to make our point. Is this simply manipulation? No. This is the nature of drama, making people feel things deeply, and that requires more than cheap manipulation. This is, after all, what all art strives to do—to stir people.
Posted by Brian McD at 3:07 PM 2 comments: