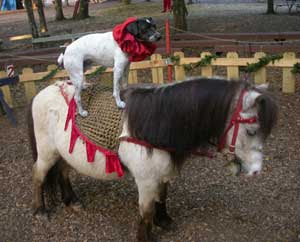 Younger writers think a twist is the end-all be-all is because it is writing that can be seen, writing that can be noticed. Young writers don't speak of brilliantly constructed scenes that are seamlessly woven into the theme. Nor do they notice the work that well-constructed dialogue can do other than being clever. They don't comment on how well a piece of exposition was hidden in natural-sounding dialogue. Or just how efficiently an aspect of character was revealed through dialogue. No, they only see the obviously witty, smart or funny dialogue that may or may not serve any purpose beyond being attention-getting.

But it is the twist ending that almost all amateurs recognize as "good writing." I went through this phase myself as a teenager in the '70s and '80s. The twist ending was the first thing I learned to write fairly well. It was like a magic trick. And it did get me attention.

Rod Serling, the creator of The Twilight Zone, was my first big writing influence. He is in essence my artistic father--and he was the undisputed king of the twist ending. I studied his work and learned.

What did I learn? That the best episodes of his show (most, but not all, written by him) all had a point that the ending helped to prove. The twist was not random--it did come out of nowhere. It was integral to the telling of the story. The twist was really nothing more than an exclamation point at the end of the story.

Most inexperienced writers think they can just tack a twist ending on to a story. Not so. The ending must be a payoff to a set-up, and is strongest when it does more than just surprise. Think of it like this--someone can leap out from around a corner and scare you because they have surprised you. This works, but it is a cheap way to get a reaction.

Now imagine someone tells you a joke. A joke is a story with a surprise ending, but the surprise is not cheap because everything has been set up for the punch line. Everything leading to the punch line supports that punch line.

I’m one of the few people who hasn’t liked any of M. Night Shayamalan’s films--this includes the beloved The Sixth Sense (no letters, please). I told people at the time that film came out that he would never make a film that people liked as much.

How did I know that? Because his ending didn’t matter. Yes, Bruce Willis was dead the whole time and it was a surprise for most, but it didn’t really matter. The story itself would be more or less the same without it. It proved nothing. I knew then that M. Night Shayamalan was no Rod Serling. Not even close.

Let’s look at the original Planet of the Apes movie written by Rod Serling and Michael Wilson--probably one of the best-loved twist endings in film history. In a nutshell: An astronaut crash lands on an unknown planet populated by intelligent talking apes and brutish human beings. He escapes the apes only to find of that he is not on a faraway planet, but Earth. 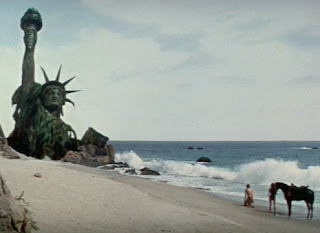 But here’s the deal--at the opening of the film the astronaut, who thinks he is returning to his home planet after being away for hundreds of years, wonders if humanity is just as self-destructive as they were when he left. When he lands on the “foreign” planet the apes see him as an evil presence. They see him as destructive and brutish just like the other humans on the planet. The astronaut is forced to defend humanity. He is even put on trial simply for being human.

When he escapes the apes he finds the Statue of Liberty buried in the sand, apparently in the aftermath of a nuclear war.

This ending shocked audiences, because they did not see it coming. But it was the answer to the first question asked by the film--Are human beings still self-destructive creatures? The statue answered that question. It becomes a cautionary tale, warning us of our animal nature.

This is the way Rod Serling wrote--with a point. M. Night Shayamalan does not and that’s what I saw when I saw The Sixth Sense. He only writes for the twist and the concept. But neither the concept nor the endings are in service of a bigger idea. Until he figures this out it is unlikely that he will repeat the success of The Sixth Sense.

Everything you do when writing a story should be in service to that story. Know what you are trying to say and say it. Say it in the most engaging and entertaining way you can, but don’t write an entire story just because you think you have a great twist. If you do you are likely to become a one-trick pony.
Posted by Brian McD at 1:18 AM 2 comments: