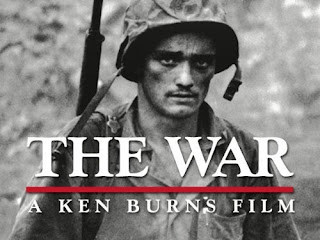 One of the questions I get most is about story structure and is, “Is it different for documentaries?” No. In fact one of the best structuralists working in film of any kind is documentarian Ken Burns. I watch his work in awe. If you want to know how stories work, you should become familiar with what he does.

As I have written before, story structure is natural; we all use it every day and most of us are relatively good at it. Yes, some people are better and others less so, but for the most part we are pretty good at telling stories. It is when we are consciously constructing them that we get confused.

No matter the genre or medium, story construction is basically the same. When you are able to see this clearly, you will have reached another level of storytelling. So many people become confused by the surface of a story—what I call the clothing that a story wears.

So, I might be lecturing someplace and someone may say when I am making a particular point, “But what about sci-fi, my story is sci-fi. Does this work for sci-fi?”

You can replace the word sci-fi with comedy, drama, western, dramedy, musical, romance, historical fiction, supernatural romance, historical romance, supernatural comedy, docudrama, horror, fantasy, or countless other combinations. For some reason people think that their particular genre will have special structural concerns. (This may be true of your story, but it will not have anything to do with genre.)

I guess that when people ask these questions it means that I have done a poor job of explaining exactly what structure is. Story structure is a way of arranging story events that makes the meaning of those events clear and engaging for one’s audience, to elicit the maximum effect.

In some ways each story has its particular demands, but there are some basic structural forms that work more often than not. Ken Burns uses basic story structure so well that he makes what he does look effortless and his stories could not be more effective.

At the opening of each series and of each episode of that series he “tells you what he’s gonna tell you.” If the show is about Mark Twain, he lets you know just who Mark Twain was and why he matters—and he does this right up front.

Rather than making you feel like you have already seen the story, it makes you more interested in hearing the story. This is one of the most difficult things to get students to understand, because they often want everything to be a surprise. But what good is a surprise if the audience isn’t interested enough to start listening?

Then Ken Burns will tell you the story in detail, and with emotional truths that give the story resonance. He makes the history relevant by using emotion to connect you to historical events. He makes the story matter because he makes the audience care.

This is no different than what one would do in a fictional or dramatic narrative piece.  The structure is the same because a story is a story. Period.

Then Ken Burns “tells you what he told you.” He sums up what you have just seen. He tells you again why it matters. And now, because you have an emotional context for the information, it has even more power than it did upon the first hearing.

This is classic structure and Ken Burns, and his team, are masters of it. His latest film THE DUST BOWL does this amazing well. And his film THE WAR, about World War II, moves me in a way that few current filmmakers have.

One of my very favorite films of all time is the landmark documentary by the Maysles brothers, David and Albert, and the brilliant editor Charlotte Zwerin, called SALESMAN. 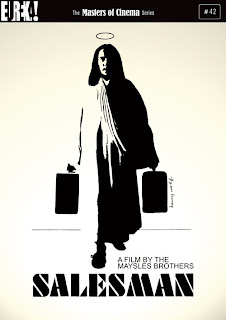 This is a film about Bible salesmen in 1969 and their attempt to sell expensive bibles to poor people. There is a humanity to this film that is so powerful that my guess is that David Mamet saw this film before he wrote his Pulitzer Prize-winning play GLENGARRY GLEN ROSS. There are some pretty striking similarities. (This is nothing against David Mamet, I just mention it to say that this film has a real impact on viewers.)

It was one of the early documentaries not to have a narrator talking over the film, telling the audience what was happening and how to feel about it. This film is all structure. As with most documentaries, the structure was found in the editing.

The film might be seen by some as merely a character study. I often don’t like things called character studies because what it almost always means is that the characters are “interesting,” but that there is no story to speak of. SALESMAN is great because it is a story that looks and feels like a character study, proving that one need not sacrifice character for story or vice versa. When these elements work in concert, as in SALESMAN, the result is engaging and moving.

The film starts with a shot of the Bible and a man’s arthritic hands. This is the salesman who becomes the main character of the story. In this opening he is in someone’s home and is trying—and failing—to make a sale. This opening scene is a real “tell them what you are going to tell them” moment. This is the story of a salesman desperate to make sales, who in the end wonders if he’s made the right choice with his life. It is amazing.

The first act introduces the main character Paul “The Badger” Brennan and all of his fellow salesmen. These other salesmen are characters that allow us to, by comparison, measure the success or failure of Paul. This is a basic structural technique and works exactly the same no matter if the story is a piece of narrative fiction or a documentary.

My favorite examples that use to explain this technique are the pigs in the story THE THREE LITTLE PIGS. It’s really the story of one pig—the pig who used bricks to build his house. But it is through the failure of the first two pigs, who build their respective houses from straw and sticks, that we can measure the success of the last pig. This is the very same technique used in SALESMAN.

There is a great scene in the first act where the supervisor of these traveling salesmen states that money is being made in the “Bible business.” And, he says, that anyone who is not making money is to blame. This sets up the attitude of Paul’s boss—that if Paul isn’t making sales, it’s his fault. So we know the stakes—Paul could lose his job.

This obstacle can be physical, emotional, or a combination. The combination, if you can do it, can hit an audience deeply. In JAWS, the chief of police must kill the shark that is terrorizing his community. The shark is both a goal and an obstacle, as it wants to avoid being killed. This is a physical obstacle.

But there is another obstacle and it is emotional—the chief is scared out of his mind of the water. He must overcome both the outer and inner obstacle in order to achieve his goal.

In SALESMAN, Paul faces the physical obstacle that his potential buyers are cash-strapped. But we also see that the number of rejections he gets is taking its toll on him, and he is losing confidence, which, in turn, makes selling even harder.  To make his sales, he must overcome this emotional goal as well.

This film uses the elements of structure to great emotional effect and because of this tells a compelling human drama. This is why it is both a classic and a masterpiece.

Remember that a story is a story, and structure works in the telling of any story regardless of form. The films of Ken Burns, and SALESMAN, are stellar examples of this.