Why a deus ex machina doesn’t make a satisfying story. 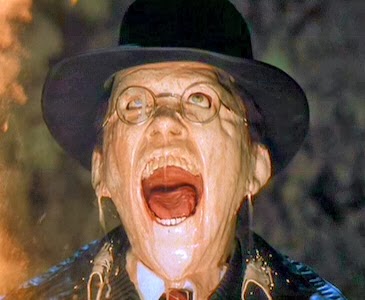 Before I start this post I want to apologize for the long gap between this post and the last.  I was deep in a project that took up a lot of my time and mental energy. That project is more or less done—more or less. So, now I can take the time to write a post. I hope that I can make them more frequent. Thanks for sticking with me.

Recently, I have found myself in a couple of email exchanges about the idea of deus ex machina (pronounced like “day-us eks mawk-inna”).

For those unfamiliar, translated from Latin, deus ex machina means “god from the machine”, referring to the special effect of a god arriving on stage machinery, and it has come to mean that a storyteller has pulled the solution of the story out of his…out of nowhere.

In ancient Greece some playwrights (I’m looking at you, Euripides) would use this device to get their heroes out of trouble and end their plays. A god, at the climax, would descend from Olympus and solve everything. The hero of the play did not solve the problem himself, and after a while, audiences found this device tiresome. Why?

Aristotle said, “The resolution of a plot must arise internally, following from the previous action of the play.” Again, why?

To answer that question we have to look at why humans tell stories in the first place. As I talk about at length in my book The Golden Theme, I believe stories are told to pass on survival information. This is why stories are about conflict. Often, when I say this, the first thing some people do is go through a list of stories that they think are not about passing on survival information—but there are all kinds of survival. There’s physical survival, social survival, cultural survival, spiritual and emotional survival. All kinds. If you think you have found a story that is not about some kind of survival, chances are you haven’t looked deeply enough.

Stories provide us with a kind of dress rehearsal for conflicts in real life. It doesn’t matter if the story takes place in the “real” world or a fantasy world of some kind, like sci-fi, sword-and-sorcery, or another era in time. And it doesn’t matter if the story uses animals instead of people as characters, it will contain survival information. At the very least the character usually learns something about herself or the world, and learning is a great assistor when it comes to survival.

The more stories we have in our heads, the more prepared we are for different types of conflict, and just what types of options we might have to overcome the conflicts we encounter in life.

Let’s look at the first Indiana Jones film, Raiders of the Lost Ark. In this story, archeologist Indiana Jones is trying to obtain, and keep out of the hands of the Nazis, the Biblical Ark of the Covenant. The Ark is said to have great power: an army that marches with the ark before it is invincible. 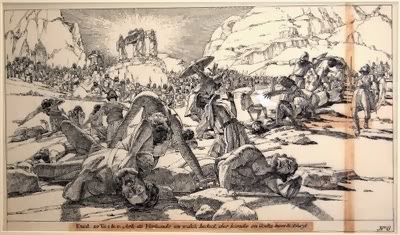 At the story’s climax Indiana Jones and his partner, Marion Ravenwood, are tied up against a pole and the Nazis have the Ark. When the Nazis open the Ark, it is a god from the machine as the power of the Ark is unleashed on the Nazis, killing them all, but leaving Indiana Jones and Marion unharmed. Their ropes have been burnt, setting them free. 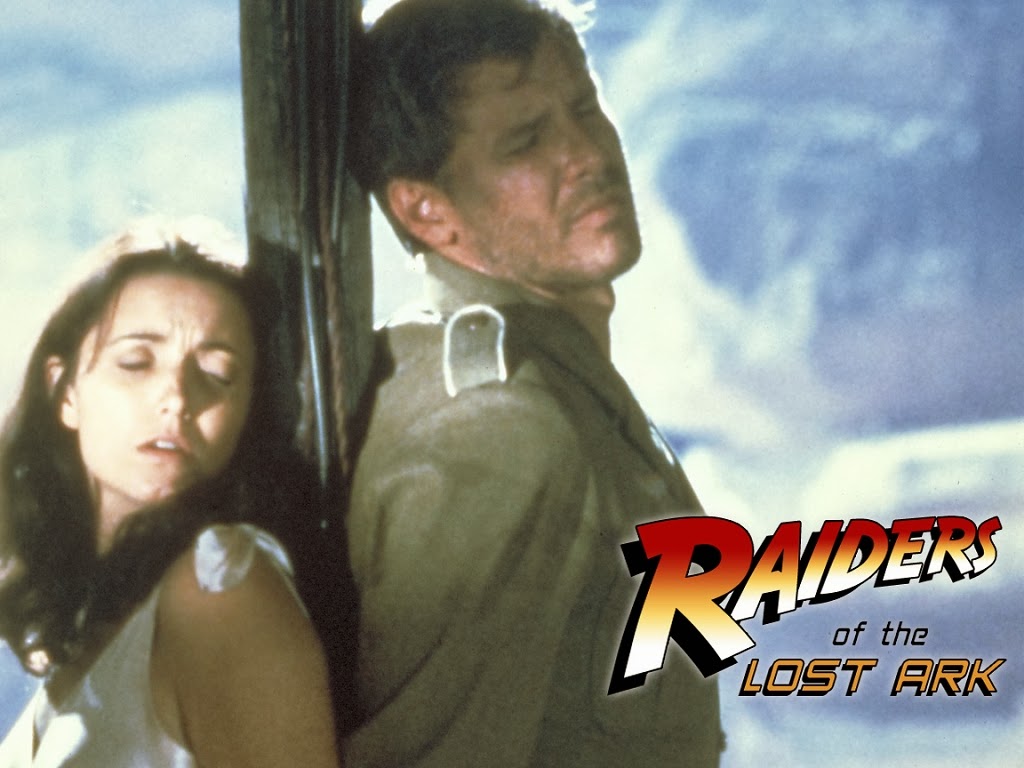 Why does this work?  It shouldn’t, but there it is—working. How?

When the story starts Indiana Jones doesn’t not believe in the Ark and its power. Here is an exchange between Indiana Jones and his friend Marcus Brody:

Brody: Well, I mean that for nearly three thousand years man has been searching for the lost Ark. It’s not something to be taken lightly. No one knows its secrets. It’s like nothing you’ve ever gone after before.

Indiana: [laughing] Oh, Marcus. What are you trying to do, scare me? You sound like my mother. We’ve known each other for a long time. I don’t believe in magic, a lot of superstitious hocus-pocus. I’m going after a find of incredible historical significance, you’re talking about the boogieman.

There it is: Indiana Jones doesn’t believe in the supernatural. One way to think about this is that Indiana Jones believes he understands how the world works. But by the story’s end, Jones has changed and does believe in those things he formerly disbelieved. Or maybe he simply realizes he doesn’t know everything. He has grown. He has learned.

The story was not about whether or not Indiana Jones could break free of his ropes. By this point in the story, we have seen him do some amazing things and make incredible escapes. At this point in the story it is about his change, and it is this change that saves him. When the Ark is opened, he believes in its power enough not to gaze on the Ark as its power is unleashed. This is what saves him, not the god from the machine. Being open to changing one’s mind may save your life.

This is not an absolute truth, but it is often true in life that we get stuck in a way of thinking that is detrimental.

It is important in a story that a character can solve her own problems, because the audience is there to learn how to overcome theirs. So, in just about every case if some mysterious force or unlikely coincidence saves the day, the audience feels cheated. And they have been cheated.

You may have a story where a character needs to learn that there is always hope or that miracles can happen. There are people in life who survive car crashes or other accidents that should have killed them. Or maybe they survive an illness that the odds say they should not have.

But in such cases, the story’s lesson had better be proven by a god from the machine event. The lesson ought to be about a character’s state of mind. Maybe a character needs to believe that there is always hope and that helps them to survive.  This is the kind of story that is more about emotional or spiritual survival rather than physical.

P.S. Some things you may have missed:

The Golden Theme by Brian McDonald is the book for writers (a review):
http://www.examiner.com/review/the-golden-theme-by-brian-mcdonald-is-the-book-for-writers