The Strength of the Reluctant Hero 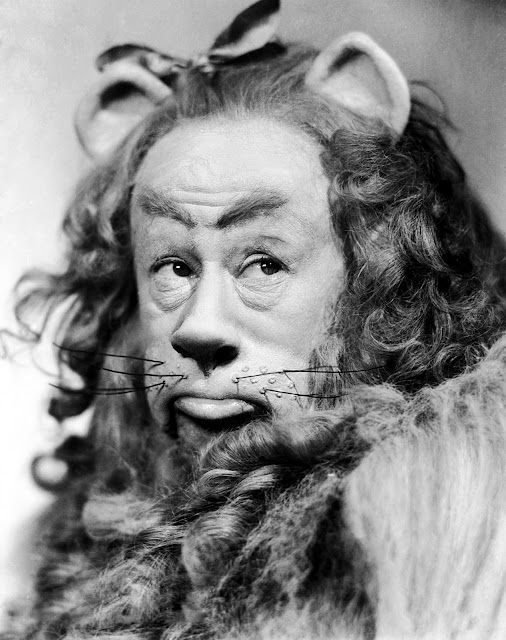 Courage is not the absence of fear, but rather the judgment that something else is more important than fear.  ~ Ambrose Redmoon
Courage is resistance to fear, mastery of fear - not absence of fear.  ~ Mark Twain
How many of you reading this are fearless? I mean, you are afraid of nothing, from heights to public speaking to snakes to death. Nothing.
My guess is that we all have something would rather not do or face. And there are some things that we don’t even allow ourselves to entertain. For the construction of drama, these fears are fertile ground.
Too often, I see films where the hero is gung-ho for any situation. He is ready with a clever quip, a wink and a smile with lines like: “It’s go-time,” or “Let’s do this thing,” or “Let’s rock and roll.”  Nothing scares this person.
Sure, sometimes these lines can make an audience cheer with a Pavlovian response, but it is a cheap way to get that cheer. And a fearless hero is less of a hero than someone who overcomes fear. It is the facing of these fears that makes one heroic, not the actual deed performed.
The so-called reluctant hero is a hero; the fearless hero is a cartoon. Ironically, a character who has fear but confronts it will feel more real to an audience—even if that character is actually a cartoon.
Look at Finding Nemo. The father, Marlin, is deathly afraid of the ocean and its dangers, but when his son, Nemo, is lost Marlin faces his fear and conquers it.

In Aliens Ripley is afraid of facing the aliens. She knows how dangerous they are. All of her shipmates were killed—and that was only one alien. I’d be afraid, too. Wouldn’t you?
Many of you who have read the work of Joseph Campbell or Chris Vogler know of the idea of the “Refusal of the Call.” This is the part of the “Hero’s Journey” that follows the hero’s “Call to Adventure.”
Lots of people learn these steps and follow them when they create their own stories, but they seldom ask why these steps are there. I believe it’s because they do mirror life. How many times have you been asked to do something or given an opportunity, and have been paralyzed with fear at the prospect?  It is always much easier to stay in the world and circumstances you know. It’s dangerous out there.
I am reminded of my father wanting to take the training wheels off my bike. I protested and was so frightened that I cried. But my dad knew I could ride without the training wheels and took them off. He steadied me on my bike and held me up so that the bike would not fall. Then I went to look up at him and he was gone! He was far behind me. I was riding by myself. My father smiled broadly—proud of me. And I was proud of myself. I had been reluctant, faced my fear and conquered it.
I’m not saying that I was heroic learning to ride a bike, but the steps and feelings do mirror the mythic steps of the Hero’s Journey. I am sure that without too much struggle you can pull up a similar experience from your own life.
You may have been afraid of a new job or a promotion at your current job. Maybe it was a fear of parenthood. Or a maybe it was a new relationship. Or maybe it was leaving a relationship. Maybe you are reluctant to start that novel or screenplay. You get the idea.
The reluctant hero is true to life. It is true to how we experience life—we are often reluctant to leave the world we know for the dangerous and unknown.
Creating a reluctant hero makes him or her someone the audience can empathize with. I don’t know about you, but I’d rather not find myself in a nest of murderous aliens. What makes a Ripley heroic is her fear. The fear is what makes the story worth telling. We learn from the story that we might conquer our fears if we confront them.
In Jaws, the sheriff, Chief Brody, is afraid of the water but must overcome his fear to kill the shark terrorizing his town. His last line in the film is, “You know I used to hate the water.” Just like me on my bike, he faced his fear and defeated it.
Over the weekend I saw the film The King’s Speech—a movie about a man with a debilitating stammer who faces and conquers his fear of public speaking. In this story it makes him an admirable and heroic figure. People clapped at the screening I saw. Like my dad watching me on my bike, the audience was proud of this character’s bravery. They rooted for him throughout the film. They empathized.


Don’t ever forget the power of a reluctant hero; it is a way to draw people into your story. This reluctance makes heroic acts even more heroic and makes heroes more human—and makes your story universal.
Posted by Brian McD at 4:39 PM

This is coincidentally timely, considering one of the thematic issues with which I've been struggling in my WWII script is the nature of heroism. No one really intends to be a hero; it just works out that way. And some don't seem afraid when acting heroically; they're merely reacting to situations the only way they know how. I'll have to add this into the mix as I continue to let this stuff percolate.

Turn around. Hold up your cellphone, and take a picture of your bookshelf and post it here.

Thank you for posting this.

Thanks, Brian. I'm in the throes of Vogler's The Writer's Journey and the concept of the reluctant hero was throwing me for a bit of a loop. Partly because it seemed to me that the only reason a hero would enter into Campbell's Special World is just because he wants to, simple as that.

You've clarified the idea with this-the hero wants and doesn't want to enter, but the power that makes him enter inspite of his fear is what makes it so compelling.

I'm happy to hear that this post resonates. Thanks for letting me know.

I'm still amazed that anyone reads this thing at all.

As for Kaki's request that I take a picture of my bookshelves and post it, I'm not sure it would be that enlightening. But I will think about it.

I really enjoy reading your posts. I read about half of Vogler's The Writer's Journey for my Writing for Animation class, and plan to finish it.
This really causes me to think about my story that I'm working on and what it is that the characters are afraid of. I have thought of what those frights are, but this made me realize that I need to make those fears even more emphasized in the beginning of the story.
It also causes me to think about what many modern films that I see lack. And even though some of the characters have fears, like Bella from Twilight (I really don't like this franchise) fears Edward separating from her, but this fear doesn't let her grow stronger. Personally I think it makes her regress. So I think it's interesting to realize that a character needs to have a fear that allows him or her to grow stronger.

Glad you like the posts and I'm always happy to hear that they may help people.

Just a thought, it may help you to stop thinking of these principles of drama and storytelling and patterns that we see in our own life. I have done that for several years now.

When you read about the Campbell/Vogler hero’s s journey imagine when you have gone through those steps in real life. We all go through theme from time to time.

For instance imagine moving to a new school as a child. You probably refused this “Call to Adventure”. You were gonna miss your friends.

When you did enter the new school you “crossed a threshold”. In this new world you must learn the rules of this place, which might be hard at first. You could call this “The road of trials”. This is a series of challenges and ordeals.

Even if they don’t seem like it at first the hero’s journey steps have real life counterparts and you have been through them and will again.

There is always a new experience that you either refuse or at the very least have some bit of trepidation about and when this happens the other steps naturally follow.

There is a reason that Joseph Campbell saw this pattern repeated in cultures all over the world is because it is rooted in the human experience. If you keep this in mind the steps will make more sense.

It will help your own storytelling because you won’t treat the steps as paint-by-numbers, but rather as an organic part of the human experience.