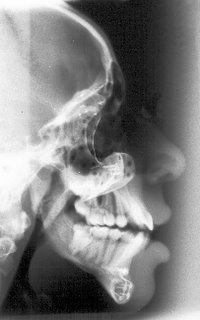 There is an old piece of advice usually given to someone about to give a speech:
Tell them what you’re going to tell them. Tell them. Tell them what you told them. This is no different for storytellers. In fact, those three bits of advice could represent the three acts. But just how do you put this into practice? How is your armature put together?

In E.T. The Extra-Terrestrial, when Elliot says something hurtful to his mother, Elliot’s older brother gets angry at his insensitivity and yells, “Damn it, when are you going to grow up and learn how other people feel for a change?” What happens next is that Elliot meets E.T. And one of the first things that happens is that when E.T. becomes sleepy, so does Elliot. Then when E.T. is hungry, so is Elliot. When E.T. drinks beer Elliot gets drunk, too.

Later, when Elliot introduces E.T. to his brother, he says, “I’m keeping him.” This without any regard for what E.T. wants. But he is beginning to empathize with others as is evidenced in the scene in which Elliot feels for the frogs in his science class, and sets them free before they can be dissected. By the end of the film, Elliot “feels what other people feel,” enough to send E.T. home even though he will miss his friend. Everything in the film is built on the armature stated by Elliot’s brother at the beginning of the story.
Posted by Brian McD at 4:19 PM No comments: 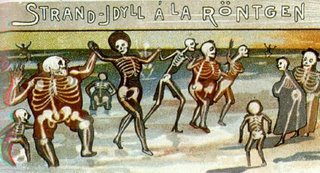 I was once reading an interview with animation director Chuck Jones in which he talked about animating young animals versus old animals. He had observed that a puppy, for instance, would expend excess energy to perform simple tasks. This results in those floppy movements we associate with young mammals. In contrast, adult animals are more economical. Think of the clumsy hunting style of a kitten versus the precision of an adult cat. I have noticed this same thing with story crafters. Writers with the least experience and skill think that the more complicated something is the better. But like a kitten their work comes off clumsy and unfocused. If you want to come off like a mature writer, be precise.
Posted by Brian McD at 1:50 PM No comments: 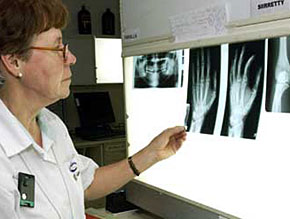 Some of you may think this definition of theme too simplistic. It must be harder than this, you think. It isn’t. You are also worried about being perceived as too preachy. Over the years, I have encountered many students concerned with being too preachy or blatant, but never one who was afraid of not being clear enough or that their point would not be understood.
Posted by Brian McD at 5:32 PM No comments:

Because of my past work at make-up effects houses, I’ve known a few sculptors. When they begin sculpting in clay, they first build an armature to act as a skeleton; otherwise, the piece would not hold its shape. It might look good for a while, but would soon collapse.
When an admirer of art looks at a sculpture, she never sees or even thinks about the armature that gives the piece its structural integrity. It is invisible, but as much a part of the sculpture as the outside.
Before you begin writing, you too must build an armature. For us story-crafters, the armature is the idea upon which we hang our story. It is what has been called theme, but I find that the word theme is not descriptive enough and leads to confusion; I have found in teaching that many people bring a lot of baggage to the table when I address theme.

What is an armature, then, when talking about story craft? It is what you want to say with your piece. I was once talking to a friend who was complaining about a producer wanting to change a scene in his script. My friend was angry because the change had nothing to do with his “theme.” He said, “My theme is competition. And the change has nothing to do with competition!” I didn’t say anything at the time, but my friend was confused. There is an old joke about marriage that goes, “Marriage is not a word, it’s a sentence.” It’s the same with theme. My friend had nothing to say about competition. “Competition” is not a theme. A theme (or armature) might be, “Competition is sometimes a necessary evil.” Or, “Competition leads to self destruction.” Saying that your theme is competition is like saying your theme is “Red.” It really says nothing at all.
Posted by Brian McD at 2:49 PM No comments: