What 33 years of teaching taught Charles Johnson about writing students

During the thirty-three years I was a college professor and taught the craft of fiction to creative writing students, both undergraduates and those in one of (at the time) ten best MFA programs in the country, the single greatest stumbling block they faced was the challenge of plot. As aspiring “literary” writers, they’d probably been taught in their literature classes that concern with plot was beneath them or was strictly the province of commercial fiction-writers. Whatever the case, in my workshops I discovered that many, if not most, of my students between 1976 and 2009, were unable to distinguish between “story” and “plot.” Put another way, they didn’t understand that there is a significant difference between writers and storytellers (the late, great Ray Bradbury identified with being the latter.) They were also unable to discern different forms of storytelling such as the sketch, parable, fable, tale, yarn, and the modern short story, which was literally invented, in both theory and practice, by Edgar Allan Poe. Unable to see the rich possibilities in the ancestral forms of storytelling that are our inheritance, unable to see how those literary forms each have a plot structure with its own logic (and vision of the world), and finally unable to see how one might be inventive and original with form itself, my students inevitably settled into the easier narrative strategies they felt most comfortable with: namely, plotless, unimaginative stories in a naturalistic style. Sad to say, those students might receive a passing grade in a writing workshop, some would even go on to publish, but they would never become journeymen writers capable of executing well any storytelling assignment that came their way during the course of their careers.


I remember one academic quarter when I incurred the wrath of most of my 17, supposedly “advanced” fiction-writing students. What I asked them to do was, I thought, simple enough, something every professional writer or journeyman could accomplish. I gave them what is considered to be one of the shortest short-stories ever written, penned by Thomas Bailey Aldrich. I asked them to complete that fictional narrative in a story of 1,000 words. To open up and develop its terse, skeletal yet suggestive sentences.  I could see how on that first day of class they were afraid of this assignment. What I didn’t know was that they would seek revenge for my giving it to them. Here’s the story: A woman is sitting in her old, shuttered house. She knows that she is alone in the whole world; every other thing is dead. The doorbell rings.” My writer friends (one a director of theater and film, the other a screenwriter with 40 years experience in Hollywood) loved this idea, and immediately sent me their versions of what they thought “happens next.” And my students? Although they begrudgeningly turned in the assignment, they hugely resisted entering into its spirit. About a third of them made the old woman a murderer. At least one student had a character with my name killed on the pages of his fiction. After a deep breath, I let them write whatever they wanted for their next story, and with no word limit. Predictably, what was turned in---what they were used to turning in when they were in beginning and intermediate short story-writing classes---were thinly disguised, plotless, autobiographical stories about their youthful unhappiness and/or sexual misadventures. None of that work was publishable. 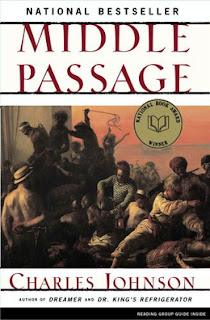 I concluded my academic career feeling that it’s tragic that creative writing professors do not hold their students’ feet to the fire and make them learn how to distinguish story from plot. In fact, I did try to do that by requiring my students to write a 2-page plot outline for a new story every week for ten weeks. (See my essay, “A Boot Camp for Creative Writing” in Writer’s Digest, March/April 2009.) And on the first day of classes I gave them the judicious distinction made between plot and story by E.M. Forster in his now classic series of lectures, Aspects of the Novel:
“Let us define plot. We have defined a story as a narrative of events arranged in their time-sequence. A plot is also a narrative of events, the emphasis falling on causality. ‘The king died, and then the queen died’ is a story. ‘The king died, and then the queen died of grief’ is a plot. The time-sequence is preserved, but the sense of causality overshadows it. Or again: ‘The queen died, no one knew why, until it was discovered that it was through grief at the death of the king.’ This is a plot with a mystery in it, a form capable of high development. It suspends the time-sequence, it moves as far away from the story as its limitations will allow. Consider the death of the queen. If it is in a story we say ‘and then?’ If it is in a plot we ask ‘why?’ That is the fundamental difference between these two aspects of the novel.” (Italics mine)

What Forster defines so clearly as plot is a fundamental aspect of all good storytelling in the novel, short story, screen or teleplay. The question we ask of plot---“why”---is what makes storytelling important as an interpretation of events that have a causal basis. It’s the reason, as Brian McDonald has pointed out often, why stories are tools for our survival. They clarify events for us. And it is for this reason that my own mentor, novelist John Gardner, once said, “Plot is the writer’s equivalent to the philosopher’s argument.” When we experience a good story we replay in our minds all its parts and pieces, asking ourselves if they seem logical, if they are consistent, coherent, and complete (which is the very same criteria we bring to a philosophical argument.)

Furthermore, a story is not just any sequence of events. We choose a particular sequence of events from a character’s life precisely because it is at that moment that the character is living for high stakes. In fiction, “flat” characters like the necessary sales clerk who sells the protagonist his smartphone do not change. They are not involved in a process of personal evolution. But a story’s protagonist is, and this is why we refer to him or her as a “round” character. During the course of the story, during its process, we watch the protagonist deal with his or her problem(s) through dramatic scenes. They (and one hopes also the reader) will not come out of the story as clean as when they went in. Psychologically, and possibly in terms of a change in their fortunes, they will be at a different place by the story’s end than where they were when they were introduced in Act One in terms of what writer John Barth once called the “ground situation,” also known as the story’s “conflict.”

The shape of a story is that of a funnel. The big end is at the start of the story. There we are in the very open realm of possibility. When the story begins, we can select any conflict or setting or physical details we want for our protagonist. We can make that character male or female, black white or otherwise, stout or thin, living in the country or the city. But as soon as we make those decisions we despoil possibilities, even in a story with fantastic characters. For example, if we say a young dragon can only breathe fire when he has heartburn, then we cannot say later in the story that he breathes fire in the absence of his having heartburn. That despoiling of possibility takes us to the second part of the story, the realm of probability (or, if you like, Act Two). Here, as the character acts, it is probable that he or she will perform in a certain way based on the decisions made about him or her earlier by the writer. Finally, those actions take us to the end of the story, the narrow end of the funnel, which is the region of necessity. There, all of its energy (energeia for Aristotle, the potential inherent in a story) will be expended, and all questions raised by the story will be answered. If a writer has done the work of plotting and storytelling well in the first and second parts of the fiction, then the final part will have as much “organic story flow” as the first two parts, moving to its conclusion almost as if the story is writing itself, with inexorable necessity, and the precision of an equation or a logical proof.

Some years ago, I outlined in more detail the plot structure I described above in an essay titled, “Storytelling and the Alpha Narrative” (The Southern Review, Winter 2005, pages 151-159). But journeymen and master storytellers feel this structure from within when they are composing a story. They learned it in their childhoods the way we learned how to ride a bicycle, and they never forget it, for it guides them from one stage of the story to the next. It goes without saying (but I’ll say it anyway) that a story should generate suspense. It should make the audience care about “what happens next?” It should be economical and efficient, with all its parts and pieces reinforcing each other. And so, even though most of my creative writing students disappointed me, as a teacher I had to be patient. Some, I knew, would before the academic term ended have that “Aha!” moment when the structure of a story became clear to them. When it becomes part of the DNA of their imaginations. For others it might take months or years for structure to become second-nature or instinct. Even for accomplished storytellers, the discovery of the possibilities for plotting is new (and exciting) with each tale they tell. And isn’t that really the reason why we keep returning to this activity all the days of our lives?


P.S. Filmmaker (WHITE FACE) and Author (INVISIBLE INK, THE GOLDEN THEME) Brian McDonald joins us in a shootout to see whether or not Clint Eastwood's 1992 Oscar winning film UNFORGIVEN has stood the test of time.