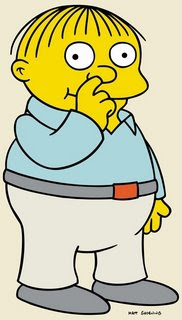 Da Vinci’s quote on the sophistication of simplicity has been all but forgotten by creative people today. Screenwriting students, more than anything else, don’t want their work to appear too simplistic, too “obvious.” The idea of communicating clearly with one’s audience is now equated with talking down to them.

Good art, we think, must challenge the viewer to get its meaning. Some art is mostly challenging, as if we have made the collective agreement that “Art” is defined by its inaccessibility. If we can understand something at first glance, we feel it must be without enduring merit. It is not profound. Note that the responsibility for communication has moved from the creator to the audience. The artist is now free to do whatever comes to mind without the hindrance of clarity. The viewers can be blamed for any breakdown in communication. They were not up to the complexity of the art.

Being clear is an artistic crime nowadays. Steven Spielberg is public enemy number one according to some critics. Spielberg “hits you over the head,” they say. If everyone understands his work, how good could it possibly be? I am at a loss as to where the craftsmanship is in deliberately making something convoluted and difficult to comprehend. A five-year-old’s story or painting can be personally expressive (and hard to make sense of). But few children, however creative, can reproduce an intended effect with any precision. It takes years of practice to acquire the marksmanship required to hit one’s target squarely on the nose.

It is ironic that, when a complicated subject is expressed so well that it is understood easily, it is assumed the ease came with the idea. They confuse the ease at which the idea is received with the idea itself being pedestrian. Students of screenwriting or filmmaking rarely marvel at the clarity with which something has been communicated, and film schools seem to help foster the idea that clear communication is unsophisticated. They mainly study “art films” that are slow and hard to follow, with a convoluted story that bravely tackles an important topic.

Lately, I find audiences don’t expect to understand what they see. I overheard someone say that they liked the film Transformers, with the caveat that it was a typical action movie where you couldn’t follow the story. When did incomprehensible plots become typical in action movies? Did the first Die Hard (1988) confuse anyone? Take an “important” films like Syriana or Babel. Over and over again, people who saw them told me that the movie was confusing and hard to follow, but good. I can’t help but think that “good” here is synonymous with the “Good effort!” kids get on their papers as grades.

It is vital that the primary job of a storyteller be to tell the story clearly. Clarity is where truth comes from. Without that, a story is “just” a story, quickly forgotten. If today the filmmaker is absolved of any responsibility to be clear, and the viewer must bear the burden of creating meaningful connections, the story is no longer about an audience sharing a truth. It is about the individuals in that audience, who reall “gets it” and who doesn’t.

The most complex story can be broken down into simple elements. That is the work, that is what we all sweat over. The reward is an understanding that seems to come easily. All I ask is that next time a story you can’t follow makes you wonder if you have brain has turned to mush, turn it around and give yourself some credit for being intelligent. Maybe it isn’t your fault. Maybe the storyteller just wasn’t sophisticated enough to rely on the strength of simplicity.
Posted by Brian McD at 6:41 AM 6 comments: