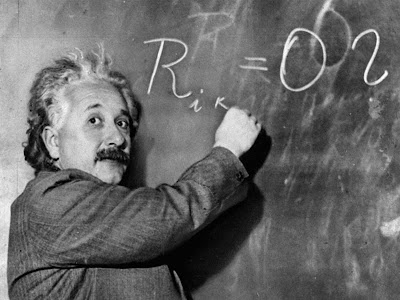 I would like to take back the word “perfectionist.” Let’s start by assuming that perfection is something we can actually attain. For instance, some people say that people there is no such thing as a perfect circle, but, for all practical purposes, there is. Let’s call this perfect. Near perfect is perfect.

Why am I defining perfection? Because I have seen many screenwriters and others use unattainable perfection as a false goal that allows them to procrastinate. How many of you have been working on “that project” for years? Chances are you are afraid to move forward because when the project is done it will not be “perfect.”

Ultimately you’re afraid of judgment—your own or someone else’s. Someone may see your mistakes and you will be confronted with your shortcomings. As long as the project exists only in your head, it is an uncompromised ideal.

If you do the best job you possibly can, then by definition you can do no better. This is when you stop, because this is as close as any of us get to perfection.

This quest for the unattainable creates the illusion of progression without the results. In his novel The Plague, Albert Camus created a would-be novelist, Joseph Grand, who ceaselessly revised his first sentence, never getting beyond it.

The thing to remember is that all artists share this fear that they will produce crap that everyone hates. Usually, only the worst artists do not have this fear.

Years ago I was at Comic-con in San Diego with my friend Brian O’Connell. Brian is an illustrator and director over at Lucasfilm working on the Star Wars’ Clone Wars television show. But at the time he was just a guy trying to break into comics who was being passed over by no-nothing comic book editors who could not see his talent.

One person who could see his talent was comic artist Mike Mignola. Mike saw Brian’s work and was so impressed that he showed us some pages for his new comic book called Hellboy, which no one had heard of yet. Mike had not even finished the first book. Brian and I were blown away. These were truly beautiful pages.

Brian thought he’d make a joke and said with a straight face, “You need to work on your proportions.”
Mike got a sheepish look on his face and said, “Yeah, I know.” Brian had to explain that he was just joking and that the pages were amazing.

Even Mike Mignola, who is very, very good, has his doubts about his work. But this doubt does not stop him from creating. Don’t let it stop you. Understand that the imperfect work you produce is far better than the perfect work that lives only in your head. Sit down and get it done.

Our Very Own Library of Alexandria 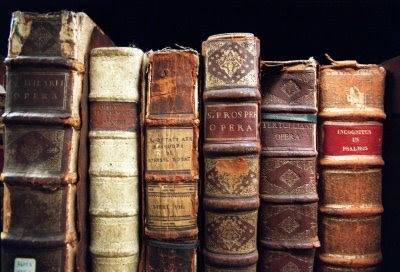 The Library of Alexandria was the largest library in the ancient world. The aim of this ancient Egyptian library was to collect the world’s knowledge. It was said that when foreign ships came into port that their books, and all written material was confiscated, copied, and returned to its owners.

The library was tragically destroyed in a fire. Scholars still lament the loss of this vast repository of knowledge. What would we know if we had this ancient information at our fingertips?

I am old enough to remember the advent of the VCR. The idea that you could tape a show and watch it later or keep it forever was amazing. But even more amazing was the idea that you could watch whatever movie you wanted when you wanted. For a boy like me, who had wanted since the age of five to be a filmmaker, this was not a mere piece of technology, but a gift from the gods.

When Orson Welles wanted to learn how to make films, he screened John Ford’s film Stage Coach over and over again. Before the VCR this required a film print and projector. For most people this was cost prohibitive. Other students of film would have to sit through multiple screenings of a movie in order to study it. And in those days when a film left the theater that was it. There was no cable. There was no VCR, DVD, or Blu-ray. When a film was gone, it was gone. If you were lucky, you might see it on TV. But even then it would be cut up to make it family-friendly and to allow for commercials.

But with the VCR, any young student of film could do just what Orson Wells did. I dreamed how the VCR would advance the craft of filmmaking, because now we all had the history of film at our disposal.

Think of it: the history of film is just over a hundred years old and much of the best work by the best filmmakers in history is available to us. This is our library of Alexandria.

Yet I am constantly amazed, talking to younger film students, to find that they have seen almost no classic cinema. They are put off by black-and-white photography or some other superficial quality of older films. Are you going to let something so small stop you from learning from the best? People who study physics still study Newton and Einstein. They understand and respect what those who came before have something to teach them.

The Library of Alexandria still has something to teach us: we cannot take for granted the vast store of knowledge we have at our disposal. As filmmakers, why not take the opportunity to learn from those who came before us? It is the best way to go further than they did.
Posted by Brian McD at 2:22 PM 3 comments: