My bad play and what it taught me 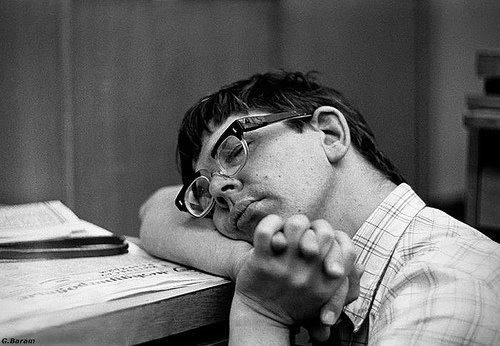 When I was in the 8th grade I was a big Star Trek fan. At that time there was no movie and no Next Generation–just the original Trek in reruns, and the cartoon series that got me hooked in the first place.

Anyway, the show was, and continues to be, a big influence on my writing.

Back then I was in a drama class and we had to write a short play and perform it for parents.
I decided to write a Star Trek episode. I had so much fun writing the episode: Here I was, able to put words in the mouths of characters I loved so much. The script just spilled out of me, it was so easy to write. And like I said, it was fun, really fun, to do.

I turned in my script and parts were assigned to my fellow thespians. I, of course, played the captain, which was also fun. We rehearsed it. It was even more fun to see the thing come to life.

So the big night came when it was time to put on the show for the parents. We had our lines memorized and our cool, retro-1960s costumes on as we waited in the wings to go out there and share all this fun with the people in the audience.

It was time. The curtain rose and we started to put on what I thought was the best episode of Start Trek ever.  We were putting our all into it. And, yes, we were having lots of fun. How could you not have fun playing Kirk–out there on the stage “Kirking” it up.


Then it happened–I looked out in the crowd and saw someone’s dad nodding off. He was trying to stay awake, but it was a Herculean task for the poor man. His head would fall slowly until his chin was on his chest, and then he would jerk it up again with his wide open. But in a few moments his head would fall again.

All I could think is, “How can he be bored?” The show had been so much fun to write and perform, how could it not be just as much fun to watch?

I learned a very important lesson that night–just because it was fun for you to create doesn’t mean that it will be fun for your audience to watch.  I was lucky to learn this lesson young. Some people never learn it. They get so caught up in their creative world that the audience is an afterthought. They may also have a tendency to blame the audience in a very sour grapes way. They say things like, “They're not smart enough to get it,” or “I’m ahead of my time.”

This thinking does nothing to help you master your craft. It is not selling out to attempt to communicate with your audience. It has become an artistic crime to strive to communicate clearly with all of one’s audience. People will say that it is pandering. They will say that it is appealing to the lowest common denominator. They tend to think that a boring, confusing movie is better than one where the audience is moved and engaged emotionally. For them, it is the highest form of art to have people scratching their heads when they walk away.

I have never understood why people think it takes great craftsmanship to confuse and/or bore the audience. If this is the case, I mastered script writing my first time out. If that dad in the audience is any indication, I was an 8th grade genius.

The truth is that it is very hard to make yourself understood. I was at a book reading at a bookstore a while ago, and someone asked the author why she didn’t write more books. She said, “It takes a long time to write something that is easy to read."

Every time I sit down to write something I think of that dad jerking his head up as he fought off sleep. It keeps me honest. It keeps me from being self-indulgent. It keeps the audience in my head. I try to view the piece through their eyes instead of just my own.

I’m not saying that I never bored anybody, I’m just saying I try hard not to.
All writers should be so lucky as to stand before an audience and bore them to sleep with their precious words. It was painful and embarrassing, but I sure am glad it happened.
Posted by Brian McD at 11:29 AM 2 comments: 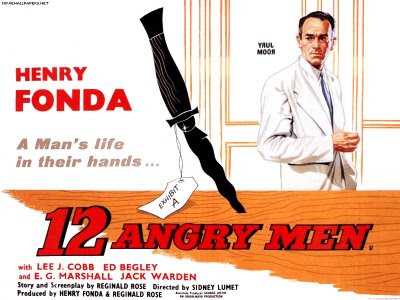 “I happen to think that the singular evil of our time is prejudice. It is from this evil that all other evils grow and multiply. In almost everything I've written there is a thread of this: a man's seemingly palpable need to dislike someone other than himself.”--ROD SERLING, Los Angeles Times, 1967

I had a student once who would always ask me what films I liked. He was confused as to why I almost never liked anything new. I did what I always do and I talked about craft and the lack of craft of those writers and director making films today.

So the student asked me to name films that I liked and why I think they were so much better. I listed a few and asked him if he had ever seen 12 Angry Men. He hadn’t. I told him that is was well-written and well-directed, entertaining, engaging and smart. It is a combination that is almost never seen any more. I said to this student, “I just want to go to the theater and see 12 Angry Men.”

I meant of course that I want to see its equivalent a movie that is both meaningful and entertaining. Both emotional and important.

This student, unlike most, took it upon himself to watch 12 Angry Men and the next time I saw him he said, “I just want to go to the theater and see 12 Angry Men.”

This, like Paper Moon, is one of those films that I wished I’d made. One of these days if I study really hard maybe I can write something as well as Reginald Rose wrote this piece.

My pet theory, which I cannot back up in any way, is that the writers who fought in World War II felt a real responsibility to their friends who had died on the field. They saw just how inhumane human beings could be to one another and they wanted to remind us to be as good as we could be. To be as fair and compassionate as we could be.

It is all over my hero Rod Serling’s work.

But at the same time they strove to teach, not preach. Drama is a way of getting an intellectual idea across on an emotional level.

It also shows how our prejudices can blind us and how foolish it is to stick to them despite all evidence to the contrary.

12 Angry Men is a masterpiece, plan and simple. It is a lean drama stripped to its essence, all the fat trimmed off.

Do yourself a favor and look past your own prejudices of style, or what you think of black and white film, or old acting styles and see what’s underneath all of that. Treat yourself to the rare experience of both feeling and thinking as you watch a film.