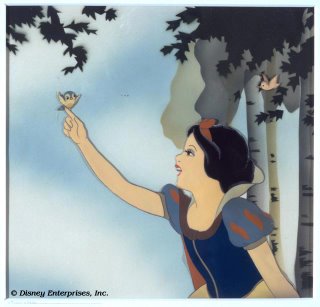 I have a friend who was in the story department of a production company and their job was to come up with feature film ideas to be done using computer graphics. This was after Shrek had become a huge hit. My friend told me that he was told not to mention the Toy Story movies as a reference point in his story pitches to studios, because those were considered old. Shrek was what people wanted to see!

The thing that most people don’t understand is that well-crafted stories never go out of style. One generation after another has been entertained by Walt Disney’s version of Snow White—a film originally released in the 1930s.

The 1939 version of The Wizard of Oz still enthralls adults and children alike.

A film or book can be a hit for many reasons—timing, new technology, hip language. But only one thing makes a classic—a good story that speaks to the truth of being human.

This is not invisible ink; it is clear to see for anyone who bothers to look—telling good stories and telling them well can be good business as well as being good for the world that consumes them.
Posted by Brian McD at 4:37 PM 1 comment: 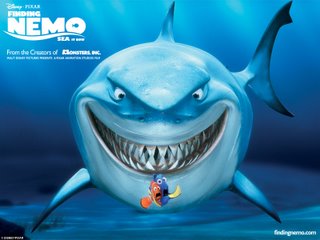 I recently had drinks with a Hollywood agent at a major agency. We got into a little debate. He kept saying that good films are hard to make, otherwise everyone would be doing it. That sounds good, except I rarely meet practitioners of story who have bothered to do any real study of their craft. They try to reinvent the wheel every time. Or they use a formula that only concentrates on the masculine elements of the story because they perceive that is what audiences really respond to. Or they write something that only uses the feminine elements of the story and then curse the audience for not responding.

The fact is, some storytellers throughout history have been able to have repeated success during their lives, and their stories live beyond their own limited lifespans.

How is this possible? They must be using methods that allow them to speak deeply to a large group of people across culture and time. They were able to repeat their successes, and if you learn their techniques, you stand a better chance of doing so yourself.

In the summer of 2003, the studios were baffled when they released a slew of sequels and franchise films that made much less at the box-office than expected. They were all parts two, three, or based on comic books.

Another film expected to do well that summer was Charlie’s Angels: Full Throttle.

Also, from that same New York Times article: “The Charlie’s Angels case is a fascinating one, because it had all the earmarks of being a phenomenal success,'' said David Davis, an entertainment analyst for Houlihan, Lokey, Howard and Zukin, an investment banking firm.

''A very expensive marketing spend, all of the stars doing publicity—it
had everything going for it. I don't know, maybe after so many of these kind of movies so many weekends in a row, it was just one weekend too many.''

Most all of these summer films were a disappointment to the studios that made and released them and to the audiences that saw them. Notice how the analyst does not mention the quality of the film’s story when he speculates on the film’s poor reception.

That same summer, Pixar, once again, had a huge hit on their hands with Finding Nemo.

The good folks at Pixar are almost exclusively concerned with story. They will work on a scene for months only to throw it out if it doesn’t enhance the story. And they have, at the time of my writing this, nothing but hit films under their belts. Further making my point, Finding Nemo went on to become the highest selling DVD of all time.
Posted by Brian McD at 3:51 PM 1 comment: 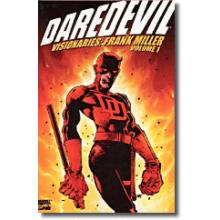 In 1993, there were, as I understand it, more comic books published than in any other year. Just a few short years later, so few comics were selling that many wondered if the medium would even survive. Why the big turnaround? Lack of story and story-craft.

In the world of comic books, the superstars are the artists. Most fans are initially attracted to the artwork in a book. In the early 90s, editors started letting more of these popular illustrators write as well as draw.

Some of these artists broke from the major publishers and started to produce books of their own. Understandably, these new businesses wanted people to buy their product, so they touted and promoted each book as a collector’s item. This worked amazingly well.

They put out books with alternate covers. They had gold covers, silver covers, platinum covers, and glow-in-the-dark covers. The idea was to sell as many copies of a single issue as possible. Some collectors would buy ten to twenty copies of a book. This plan seemed to be working like a charm.

After a while, the speculator market dried up. I suspect they started to realize what makes Superman Number One valuable is the fact that not everyone in the world has 20 copies. And that printing the words “Collector’s Item” on the cover didn’t necessarily make it so.

What was the flaw in their plan? They went after buyers, not readers. Few people were actually reading these comics. Why? Few of these new companies bothered to hire professional, skilled writers. If the artist was not writing the book, he hired an old buddy from high school to do it. These “writers” had no sense of craft and their bosses didn’t care. After all, these books weren’t for reading, they were for putting into plastic bags and stored in a safe place until the collector saw fit to sell them for a truckload of money.

Here’s the thing: If they had tried to get people interested in the stories and characters, people may have kept buying these books, even when they realized that they wouldn’t be worth a bunch of money.

These companies devalued the importance of story at their peril. Now most of these companies are gone, or are mere shadows of what they once were, and their comic books can be found in that purgatory of comicdom—the quarter bin. Now, just twenty-five cents buys you a “collector’s item,” although the printed cover price may say two dollars or more.

One of these companies put out a guide for aspiring comic-book creators. In the section on writing, they said this: “Each issue should have a simple story goal … the next step is filler.” This is no exaggeration. This was virtually the entire chapter on writing stories.

These companies didn’t have even a rudimentary understanding of how stories are constructed or of their purpose.

On the flip-side of that same coin is this: When I was a kid, writer/artist Frank Miller was doing Daredevil for Marvel Comics, and I would read them in school. There was a girl in my math class who teased me for reading comics.

One day, she was bored, having finished her assignment, and asked if she could read one of my comics. I gave her an issue of Daredevil. She got caught up in the story and wanted to read more. I brought her the entire run of the series. She plowed through the books, and upon completing the last issue, requested the next. She was flabbergasted to hear she would have to wait an entire month!

Miller had crafted his stories well. There was plenty of action, but there was always an emotional component to what was happening that made me, the girl in my math class, and thousands of other people, wait with baited breath for each issue.

When Miller took over the storytelling chores on Daredevil, it went from being one of Marvel’s least-selling books to one of its most popular. Marvel is still making money off Miller’s run on the series two decades later.
Posted by Brian McD at 12:09 AM 3 comments: