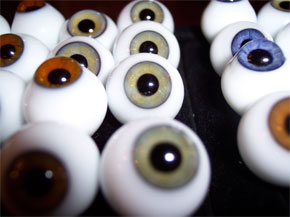 “Why do you want to build an amusement park, they’re so dirty.” -- Walt Disney’s wife, on his idea for Disneyland

In the late 1920s, Walt Disney had made his name making funny little cartoons about a mouse. It is almost impossible for us to understand the enormous popularity of Mickey Mouse in those days. Mickey Mouse was a bona fide movie star. Before the first Mickey Mouse cartoon hit the movie screens, Walt was told that it was a bad idea to try to “popularize a mouse.”

A few years later Walt had an idea to make a feature-length cartoon. Everyone thought it was a terrible idea. No one could imagine an audience sitting through a cartoon that long. In Hollywood his project was called Disney’s Folly. He was expected to lose his shirt. The film was Snow White and it was a smash. And just as with Disneyland, it became impossible to imagine a world without Disney’s version of Snow White. Going further, can one imagine a world without feature-length animated films?

One of the things that makes a person an artist is their ability to look at the world and see what is missing. They can visualize in their mind’s eye a brand new thing, or see an old thing in a completely different way than others around them. They have vision. And more often than not, people do not trust a visionary artist.

When Francis Ford Coppola was hired to adapt the novel The Godfather the studio began to worry if they had made a mistake. Coppola had a vision for the film in his head that did not match anyone else’s. Every decision he made was questioned. The studio did not want Marlon Brando in the cast. Nor did they want Al Pacino in the part of Michael -- they suggested Robert Redford. The director of photography, Gordon Willis, is now known as one of the best in the world, but the studio thought his photography was too dark. The studio even went as far as to hire another director to follow Coppola around so that when they fired him this new director could step right in.

Coppola’s The Godfather is now regarded as one of the best films of all time.

George Lucas’s film American Graffiti became a cultural phenomenon despite the fact that the studio expected to lose money. They could not see what Lucas saw. Following the success of American Graffiti, Lucas went to all of the studios with a new project called Star Wars. No one expected much of the film and everyone but 20th Century Fox turned it down. Even they didn’t think enough of the film to retain merchandising and sequel rights. Lucas kept those. After an early private screening of the film, all of George’s friends told him he had failed. Lucas’ wife Marcia purportedly cried because George had wasted so much time on this piece of garbage. In May 1977, Star Wars became the most popular film in the galaxy.

In the late 1950s, Alfred Hitchcock started work on a film about a transvestite murderer called Psycho. Long-time associates distanced themselves from the film and decided not to work with Hitchcock on this one. “You’ve gone too far, Hitch,” they said. Universal Studios also felt he had gone too far and gave the legendary director a minuscule budget. Hitchcock put up his own house as collateral to get the money to make the film, now a classic.

I wrote these stories down so that you artists out there will stick to your creative guns. I want you to realize that if you have a clear vision of something truly new it may not be recognized by the people in power or those around you. The world is full of naysayers who cannot see what you see until after it’s done. Sometimes the entire world is against you, but their power nor their numbers do not make them right.