The Strange Case of Sherman Alexie 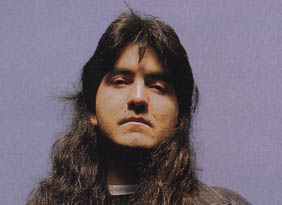 I was once asked to give a talk about storytelling to a convention of high school media students with Native-American writer Sherman Alexie. The problem was no one told Sherman, so he spoke the entire time. That worked out perfectly for me because I got a great story out of it.

Sherman doesn’t believe in formalized story structure, he believes that it is a Hollywood construct. He began his presentation by saying that there was no such thing as three-act structure and such thing as a happy ending. He said that life doesn’t work out that neatly. He then went on to say that he could not teach them to write, but he could tell them how he became a writer. He said that when he was a kid on the reservation he was sick most of the time, so he spent most of his time reading. He read every book in the reservation library and when he was done he started over and reread them. Most of the people he interacted with were doctors and health care professionals so he wanted to be a pediatrician when he grew up.

When he was old enough he enrolled in school and began taking premed anatomy classes. In premed anatomy students must work with actual corpses. The first day this was to happen the cadaver was unveiled and Sherman fainted. He thought that maybe he should be drop the class. His teacher convinced him to stay. So another day while he was working on a body it farted and Sherman fainted. He decided again that he should quit, but was again persuaded to stay. But he again fainted while working on a body and actually decided to drop the class.

He then had a hole in his schedule and didn’t know what to do or what the future held for him. He saw that there was a poetry class and he had always liked poetry so he signed up for the class.

Sherman said that he had never read poetry by an Indian before. He didn’t even know Indians wrote poetry – he had only read poems by dead white people. His teacher showed Sherman wonderful poems written by people who shared his background. This was great.

At one point the students where asked to write poems and give them to the other students to take home, read and evaluate. The next day Sherman was one of the first to arrive to class. As he sat there a female classmate came in and began to talk to Sherman and praise him for his poem. She went on and on about how much she liked it. Then another woman chimed in with her gushing praise, and another, and another. Soon he was surrounded by women telling him how good he was. “That", he said, “is how I became a writer”.

What struck me about this story was that Sherman preceded it with the statement that there was no such thing as three-act structure and no such thing as a happy ending. This was not reflective of real life, he said. Then he told a story from his real life that had three acts and a happy ending. If you go back and look I’m sure you’ll be able to identify the acts.
Posted by Brian McD at 12:41 AM 3 comments:

We Live in the Dark Ages part 2 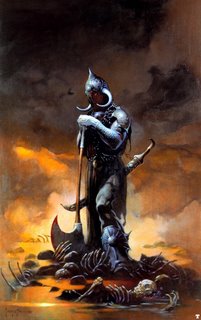 The more I talk about, and teach, structure the more I see that people have a fundamental misunderstanding about what it really is. Story structure is not an edict from on high, which says, ‘One must tell stories like this!’ It is more basic than that – it is the way people naturally tell stories. And storytelling is as natural to human beings as language itself.

Here are the three parts of drama:

Each of these parts represents an act in three-act structure. You use this structure every day. We all do.

A story is the telling, or retelling, of a series of events leading to a conclusion. People have an instinct for story -- we know what one is and we know all of the rules. Our intellect fools us into thinking that it can be many things. But we know that isn't true in life.

Here's how people tell stories. This is from a book I was reading about hypnosis. The author wanted to make a point about how diverting your attention away from pain can lessen the pain. This is how it appears in the book:

A Lesson in psychology from a veterinarian. My daughter once owned a cat
which I took to a vet for shots, two of which are given a week apart. The
assistant took the kitten on the first visit. He placed the kitten on the table and
reached for the syringe. The animal sensed something unpleasant was about to
happen and began to struggle and yowl. The assistant asked me to help hold
the cat. I grasped it's legs while he held its head with one hand and inserted
the needle in it's back with the other. As he gave the injection the kitten
wailed loudly in pain.

The next week the older veterinarian took it. As I placed it on the table I
asked he wanted me to help hold it. "On no, " he answered, "that's not
necessary. Putting his hand behind the kitten's head he began to bump its nose up
and down on the table while he reached for the syringe with his other hand.
Deftly inserting the needle, he gave the injection with the kitten not even
whimpering. It was too busy wondering what was happening to its nose to feel pain.


This is the way we all use stories everyday. The man telling the story knew instinctively about three-act structure. He used clone characters for comparison. He never strayed from his point. And he we understand his point clearly. This how people talk, that is why stories are the way they are. The structure is natural for us. The teller of this story stated his proposal as “A Lesson from a Veterinarian”. He then went on to prove, or argue, his point and he concluded by summing up his meaning. Take any event from this story and it becomes unclear.

I often here the argument that a good story is layered and has many points – that “my way” is too simplistic. Looking again at the veterinarian story, even though the writer had one point and made it, there are other things to be learned from it as well. He could use the same story to talk about the wisdom of age versus the inexperience of youth, for instance. A story told clearly and precisely will be full of wisdom without much effort by you to insert it.

Since such films as Pulp Fiction and Memento people have talked a lot about how these movies "redefined" structure because they were told out of sequence. People use them as evidence that those “rules” about structure are breakable. This is only proof to me that people do not understand structure. In real life we tell stories out of sequence all the time. We might say, "I got fired from my job today". Then we might follow by saying, " So my boss walks up to me...” This is telling a story out of sequence and people do it all the time. All of these “rules” can be observed every day in real life.
Posted by Brian McD at 10:23 PM 2 comments: