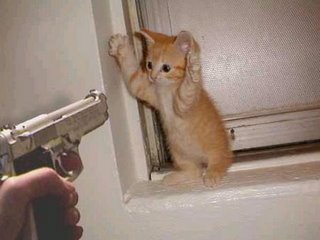 In the last couple of years, several animated films have used animals as major characters. Now I am told by my friends in that business that the studios are looking to buck this trend. They feel that the audience is growing tired of watching animals. I find this baffling. Animal stories did not emerge in the world with the advent of computer-generated animation, and will be with us long after we have moved on to some new technique.

We cannot help but see ourselves in the behavior and habits of animals. How many times have you heard someone say about his or her dog, “He thinks he’s a person”? (A more accurate statement might be, “I think my dog is a person.”)

People constantly equate human and animal behaviors; they always have. It would not be out of the ordinary to hear a person say of someone, “That guy really squirrels away his money.” In fact, here is a short list of such sayings:

Creative people have used animals in storytelling for all of human history. The ancient Greeks believed that by observing the way a beehive was organized and following that model you could have a perfect society.

Many tribal peoples believe that one has an animal spirit guide and by following that animal’s lead one might have an easier time at life. Tribal people also believe that we have an animal side to our natures, what Carl Jung calls a “bush soul.” So, not only do we see ourselves in animals, but also we see the animal within ourselves.

But why do we use animals in stories, particularly? Because it is a way to look at ourselves with a little distance.

One of my favorite storytellers, Aesop, used animal stories to illuminate the nature of human beings. If the story of the Tortoise and the Hare were merely what the title suggests few would remember the story. No, this is a story about people -- people “dressed” for the story like a Tortoise and a Hare -- but people nonetheless.

In the American South, during the time of slavery, the slaves told stories of the clever Brer (Brother) Rabbit. These were not stories of rabbits, foxes and bears, but stories about people designed to help them survive their cruel circumstances, stories about slaves outwitting their masters to get what they needed.

George Orwell’s book Animal Farm uses that distance to reveal how people in power can abuse that power. And Art Spiegelman’s brilliant graphic novel Maus uses cats as Nazis and mice as Jews to give the reader just enough emotional distance to see a Holocaust story through fresh eyes.

Less seriously, Daffy Duck provides the distance necessary to notice our greedy natures and laugh at ourselves.

If using animals to tell stories is just a trend, then it is a trend that stretches back to the beginning of time. Maybe Hollywood needs to realize that the animals in their films did not write the stories they are telling. If people are tired of those, then it is not the animals that are to blame.
Posted by Brian McD at 3:54 PM 4 comments: 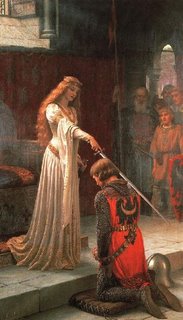 People tell me about how good the stories are in games nowadays, but I have never seen this to be true. The games are exciting and the graphics are great, but they do not tell stories. (I can hear some of your knees jerking from here, but hear me out.)

Because video games have many of the elements of a story -- characters, settings and exciting events for instance -- it is easy to be fooled into thinking that you are “in” a story when playing a game. You are not. What you are doing is playing out a scenario.

If the object of the game is to kill the dragon and save the princes, that is a scenario, not story. Take chess: it has characters and goals very much like a video game. The object is to capture the opposing king without losing your own. There are bishops, knights, and foot soldiers called pawns, to help in this task – yet it is never called a story. Why?

I believe we have been tricked by our technology. If chess had been invented as a video game, people would undoubtedly say it had a great, interactive story, different every time. Same thing with board games: in Monopoly you can go to jail, buy a house, run a hotel, or own a railroad. But would you say a board game tells a story?

In the old days -- the very old days -- a hunter might go out and have an adventure while tracking a killing his prey. Upon his return home he would tell the story of his quest for food. Exactly how the trip went (“First I turned left at the rock...”) was not a story, but the retelling of his adventure was.

The term “interactive story” is a misnomer. Interactivity turns a story into a game.

People have been playing games and telling stories as long as there have been people. (I believe the oldest chess reference comes from Persian literature in 600 A.D.) People go to games for one reason and stories for another. The two forms serve very different functions.

Stories are primarily a way of passing along information from one person to another. Good stories remain essentially the same after many retellings.

Games are a way of practicing, physically or intellectually. A good game varies its scenario, and makes us change how we play it.

Each plays its part very well. There is no reason to try to merge them. And pretending that you can fails to acknowledge the specific purpose and power of each.
Posted by Brian McD at 11:22 PM 19 comments: