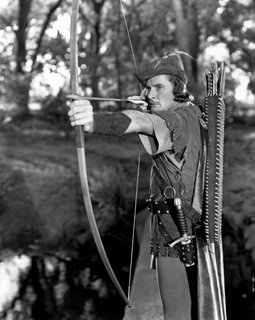 "The greater danger for most of us is not that our aim is too high and we miss it, but that it is too low and we reach it." -- Michelangelo

While teaching a class, I once mentioned that it wasn’t just luck to repeatedly produce good work as a storyteller. I said that if it were being in the right place at the right time, you could not have people whose successes span decades, such as Alfred Hitchcock or Billy Wilder.

One student scoffed and said, “Yeah, but that’s Billy Wilder!” I could tell he had already decided what the limits of his talent were, and to live within them.

That is not a helpful kind of self-appraisal. It allows one to make an excuse for substandard work, an excuse I have seen used a lot over the years. In the early ‘90s, I remember being in the studio of a popular comic book artist whose work could have been a little better. The artists who worked there, producing comics, didn’t take their work very seriously. They wrote poor stories and made mediocre drawings.

When I asked why they didn’t seem to care about the books’ quality, one of them said, “It’s just for kids.” Does anyone think generation after generation would still be watching Snow White if Walt Disney had ever said this to his artists? I don’t think so. That attitude is just one of the many ways people excuse themselves from doing the hard work it takes to produce something good.

Contrary to popular belief, quality work seldom comes easily for those who produce it. In fact, it is often most difficult for people at the top of their craft. (Thomas Mann said, "A writer is someone for whom writing is more difficult than it is for other people.") Professional level writers are aiming high. They are looking at their heroes as competitors. Or they are aiming at a very specific idea or emotion and they want to hit the bull’s-eye. They are working at the limit of their abilities.

You have to always aim higher than you think you can reach.

The great Disney animator Glen Kean once told a friend of mine that he only took on assignments if he was afraid of them. He had to be unsure that he could pull it off. This is the kind of thinking that pushes one to do great work.

August Wilson and I were talking about this one day -- he told me a story that illustrates the idea perfectly. He said that he was once working on a play as a submission to get into a playwriting workshop. A friend asked him what he was doing, and he said that he needed to write a play good enough for him to get into this workshop. The friend asked, “What are you doing that for? Why aren’t you trying to write the best play ever written?”

August took his friend’s point to heart. He now aimed to write the best play ever written. The result was Ma Rainey’s Black Bottom -- the first play of his ever produced on Broadway. August went on the win two Pulitzers for drama, a host of other awards, and now has a theater on Broadway named for him. This is where pushing himself to the limit of his abilities got him.

So, did he write the best play ever written? Let the critics argue that. The point is he tried, and in trying wrote a far better play than he would have done otherwise -- and became one of the world’s most admired playwrights.

Aim high. Very high. Higher than you think you might possibly reach, and you will produce work whose quality will surprise you.
Posted by Brian McD at 4:50 PM 4 comments: