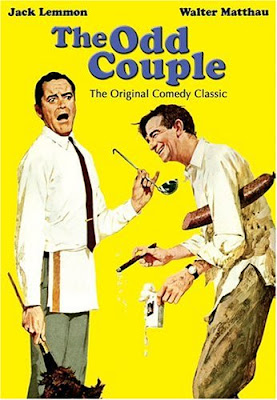 “Don't be too clever for an audience. Make it obvious. Make the subtleties obvious also.”—Billy Wilder
The Odd Couple is a testament to the power of simplicity. It was written by one of my writing heroes, Neil Simon. He wrote the screenplay based on his hit play. The Odd Couple was so popular that it was turned into two television shows and a Saturday morning cartoon. I’m sure I’m leaving other adaptations out.
I was once talking to a playwright who informed me that, in the world of theater, Mr. Simon is not respected. I was shocked, but I should not have been surprised because he had committed two of the cardinal sins of art—he communicates clearly and is extremely popular. And when I say popular I mean to say that he is the most successful playwright in the history of Broadway.
I have never understood the concept that popularity makes one a hack while obscurity is proof of one’s genius. But I admit I am a dinosaur who admires those communicate clearly and can engage an audience.
Neil Simon’s real mistake is that he makes what he does look easy. It ain’t easy. In my opinion, the man is a craftsman and a genius. 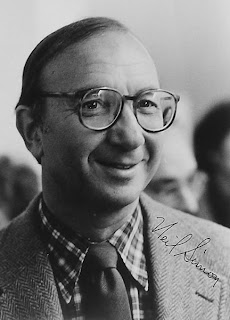 The Odd Couple takes two characters who are opposites and throws them together in comedic conflict. One character, Oscar Madison, played perfectly by Walter Mathau, is messy, while his roommate Felix Unger, played brilliantly by Jack Lemmon, is fastidious. So basic a concept that it seems as if it must have been penned by the ancient Roman playwright Plautus. But it wasn’t—it was Neil Simon.  In your face, Plautus!
This very basic concept yields great things.
Often I see a more recent comedy and shrug. People will say to me, “Didn’t you think it was funny?” Sometimes these things are funny, but they have nothing else—funny is all that they are. The Odd Couple has a story and characters who change.
And not the tacked-on character change that I see so often nowadays, where in the last five minutes of the film, they decide the hero better learn a lesson. Suddenly the film comes to a conclusion that the story has not been about the entire time. Not The Odd Couple; it knows what it is about throughout the whole story. It’s an old-fashioned technique called understanding your craft.
In the story both characters are divorced—or close to it. Oscar is divorced and Felix has been kicked out of his house because his wife wants a divorce, so Oscar lets his buddy move in with him.
Sidebar: Simon does something very smart here. How do you get two people who are so different from one another to live together, even when there is a lot of conflict between them? The way Neil Simon solves this problem is to make Felix so upset about his separation from his wife that he is suicidal. So now no matter how bad things get between them, Oscar cares enough about his friend to let him stay. Very smart—and the kind of care I seldom see anymore.
Here is the genius of The Odd Couple. Most people describe the two characters as one being messy and the other being clean, but that isn’t exactly right. This relationship is a replay of their marriages and how they fell apart—one of these characters is a husband and the other is a wife. What I mean is that they fill those traditional roles, so most of their arguments are typical, if not stereotypical, man vs. woman arguments. And it is through this replay of their failed marriages that each character learns to change and grow.
There are many ways in which the film demonstrates that this relationship is a marriage, but the most obvious is that when Oscar invites Felix to stay with him and they are standing outside of Oscar’s apartment door. Felix is worried that he will be too much trouble and to convince him that it’s no trouble Oscar says, “I’m proposing—what do you want a ring?”
It’s right there, out in the open for everyone to see, and yet few people do. They still think of the characters as the “messy one” and the “clean one.” The hardest thing for me to convince students of is this: that being obvious works. If you are telling your story well and people care about the characters, they will never see the tricks you are using to pull them in. They will simply be pulled in.
Younger readers may have issues with the older photographic and acting styles, but if you can get past those things you will learn lessons about storytelling that are timeless.
Yes, the movie is based on a play, and sometimes has the feeling of a play put on film, but this too can be overlooked because this is the work of amazing storytellers Jack Lemmon, Walter Mathau, director Gene Saks, and the great Neil Simon being funny and telling a worthwhile story at the same time. This is a rare thing in modern comedies. So rare that many people don’t even believe it can be done. Well, it can be done and it looks easy, but don’t be fooled—you are seeing the work of a master.
In fact, why are you still reading this—why aren’t you watching The Odd Couple?

Uh…Did I mention that this was hard? 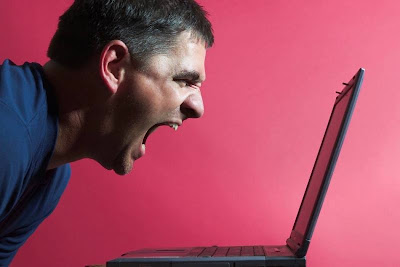 "A writer is someone for whom writing is more difficult than other people."
— Thomas Mann

Here’s how an old cathode-ray tube television works: The TV picks up both the audio and video signals separately and sends each to their respective circuits. Electrons are fired in a beam down the cathode-ray tube in a side-to-side motion and creates a television image one line at a time like an electronic paintbrush.

Now that you know how a television works go out and build one. How hard can it be—I just told you how it works. 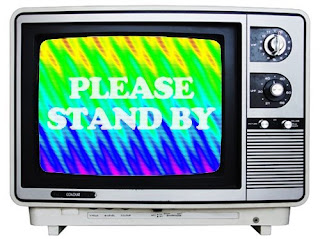 This sounds ridiculous, doesn’t it? Why? Because all you really got from the above description is an explanation of how a television works, but not how to build one. To build one you would have to know a lot more than most of us knows about science and electronics. It takes years of study to acquire that kind of knowledge.

I bring this up because screenwriting and filmmaking is something that people believe they understand after reading a book or two, just because they have been introduced to a few concepts. But there is always so much they don’t know.

I was reading an old interview with Larry Gelbart and he was talking about “story gurus” and how now that we have so many story gurus we have more terrible stories. He wondered why this was.

After more than a decade of teaching I think I may have an answer to this question. Before there were so many books on screenwriting one had to study films and storytelling. People had to find all of the “rules” for themselves. There was no one to tell them if they were right or wrong. They only had themselves. This made people work harder to understand the concepts.

I realize now when I (and others) take things it has taken a lifetime to learn and distill them into easily understood language it makes these things sound easy to do. They aren’t. This is hard, hard work. And all I, or any teacher, can do is point people in the right direction.

I used to think that I was failing because it wasn’t getting any easier for me to write screenplays. I see this with students now. They struggle and think that they shouldn’t be. Wrong. If you are struggling that means you are trying to get it right. Writing comes very easily to people who are bad at it.

Years ago I read an interview with Paddy Chayfefsky where he was saying that the construction of drama was always hard for him. This was music to my ears. If writing was hard for him, and he was at the top of the field ,who was I to think it should be easy?

So what the story gurus (and whatever it is I am) are trying to do is take something that is very difficult and make the concept easy to grasp, but not to do.

I once heard a physicist talk about the beauty of Einstein’s Theory of Relativity: E=MC2.  What he was impressed with was that is was simple equation that described so much. This is what I, and others, are trying to do when we simplify and idea. We are not saying that the concept is not complex; we are just trying to provide an simple way to think of a complex idea. Don’t confuse simple with simplistic. It is a common amateur mistake.

Put simply—writing is hard work no matter how easy I, or anyone else, makes it sound.