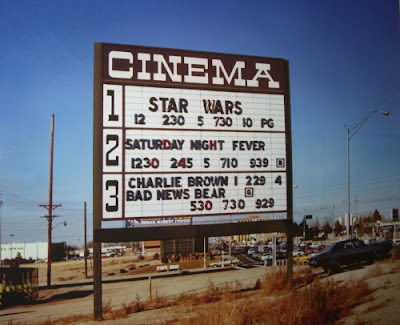 I have met, in my travels, younger people who are interested in film, but they have seen almost none of the classics. Sometimes they have never heard of them. Not only is this sad, but it could stop them from becoming the best filmmakers they could be.

A sadder thing is that it is not just students but working professionals who know little of film’s past. I once spoke with a former film executive who, in a meeting of fellow executives, discovered that he was the only one in the room who had seen Casablanca.

I believe students of film should watch, and study, films from every era of the medium—and it’s best if they watch these films chronologically. That way they will be able to see when and how an innovation has been made. They will know why the close-up was so powerful when D.W.Griffith learned how to use it.

If students watched these films in the order they were made and released, no one would ever have to explain why it was cool that GreggToland showed a ceiling or used deep focus in Citizen Kane. They would get a sense of what it may have been like to see these things for the first time.

Last summer I was a guest speaker at a summer camp for teenage filmmakers where I showed a short film I made, in which I mentioned Star Wars. After the film, a boy close to the very age I was when Star Wars came out asked, “Why did people like Star Wars so much?” Time stopped.

Here was this kid who looked so much like many of my friends back in 1977 but saying something no kid would have ever said in 1977. It was a surreal experience for me and I am sure I left my body.

Now, when I say Star Wars, I mean what younger people call A New Hope or Episode IV.  I call it Star Wars and it was Episode I. In its original release Star Wars had no Episode IV in the opening title crawl. Trust me, if it had, all of us 12-year-old boys would have had a lot of questions. Many people remember a later re-release of the film where the New Hope title was added to the crawl. 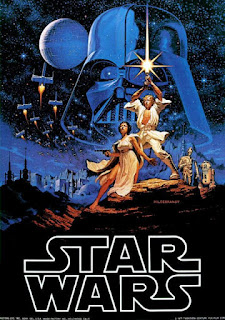 But I digress.  Why was Star Wars so cool? It is an interesting thing to be at the beginning of something that has that much impact on the world. I wasn’t there for the first issue of Superman, or the Beatles on Ed Sullivan, but I was there for Star Wars and it was one of the coolest things I have experienced in my lifetime.

Many have commented of the Hero’s Journey aspects of the film, based on what Joseph Campbell had observed was a recurring structure in mythology, so I will not talk about that here—except to say that story pattern has worked since the beginning of storytelling and that it certainly worked for a vast audience in 1977. 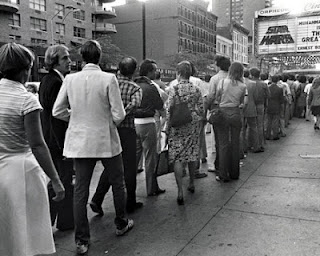 But there are other things in addition to this ancient story form that gave the film such power. First of all, things were dirty. This may seem small, but it’s huge. If you look at the way high tech and sci-fi realities were depicted pre-Star Wars, you will see that things are immaculate. The future was always shown to be clean. Pristine. Perfect.

But in Star Wars the robots got dirty and had dents. The main character Luke Skywalker had a hovercraft that had pieces missing. There was something beautiful about how something so high tech, when it was beat-up and dirty, communicated so clearly that it was still a teenager’s first car.

Today there is a cell phone called a Droid, but back in 1977 no one had a cell phone and droid was not a word. Android was a word. Robot was the standard word for these automatons, but droid was brand new (as far as I know). Not only was it a new word, but also it was a way cooler word than robot.

These droids also had great personalities. They were more like the comedy teams of Laurel & Hardy or Abbot & Costello (if you don’t know those references, you should) than robots. Before this, most robots had no real personality. They were machines, after all.

There were Huey, Dewey, and Louie from the film SilentRunning, and they were cute, but were light on real personality. The Star Wars droids were characters that happened to be robots. It was amazing to a mid-seventies audience to see anything like this.

The design for one of the droids was inspired by the design of a robot from the classic silent film Metropolis. Good thing Lucas knew his film history. 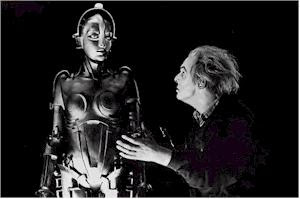 He’s right. Star Wars was THE special effects film. No one had ever seen anything like this. It was the first use of the computerized motion control system, which ushered in a new era. Even something simple like a lightsaber was amazing. There was no such thing as a lightsaber before Star Wars. I’m sure you know that, but imagine being a kid seeing this crazy light-up sword for the first time.

And don’t get me started on the great Ben Burtt and his sound design. His sounds seem so natural that you can’t even imagine a blaster sounding any other way. Before Ben Burtt all sci-fi sounds were electronic bleeps and bloops with no warmth.

So many of these creative choices influenced special effects and sci-fi from that day to this.

If there had been no Star Wars, the special effects films so popular today would be vastly different in design, tone, and pace. Many of the movies, TV shows, and video games of today are still ripples from the splash that Star Wars made.

If you have grown up in a world that has always contained droids, lightsabers, and Wookies, then you can never know what is was like to be among the first people to see them. But what you can do is watch what came before and then see Star Wars; see if it doesn’t look better to you. This is true for any film. If you want to know why The Godfather was so groundbreaking, look at what came before.
Have you ever heard Martin Scorsese talk about film? It’s like he’s seen every film there is, and has committed each shot to memory. Steven Spielberg is the same way. These filmmakers have been able to make films that transform film because they know their history.

Film history is full of lessons. All you have to do to learn them is watch.
Posted by Brian McD at 5:41 PM 12 comments: