Enough already with the Raiders of the Lost Ark “Story Problem”

Okay, here’s the deal: I’m getting really tired of hearing this idea that the character of Indiana Jones doesn’t matter in the outcome of Raiders of the Lost Ark. If I remember correctly the first time I heard this was in a piece written by Peter David quoting something that MarvWolfman had said to him about how Raiders of the Lost Ark would end the same way even if Indiana Jones did not exist as a character. I’m paraphrasing, but that was basically the idea.

Since then, I guess this idea has come up on the show The Big Bang Theory. And now it is all over the internet.

When I heard it the first time I shrugged it off, but now that it’s become a full-blown meme, I’ve got to get this off my chest. If you are looking for problems in Raiders of the Lost Ark, you are digging in the wrong place. 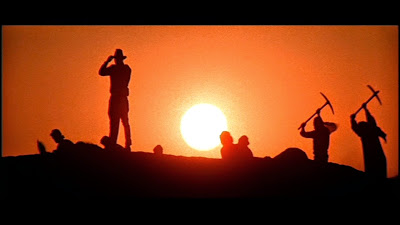 First, ask yourself what the movie is about. Legendary director Sydney Pollack once said that if you ask a writer what their script is about and they start giving you plot, then you’re in trouble.

What did he mean by that? What he meant was your story isn’t about the plot.

So I ask again, What is Raiders of the Lost Ark about? Some of you will go right back to plot after this question. It’s about an adventuring archaeologist who must find the biblical Ark of the Covenant before the Nazis do. Maybe that’s what most of you would say.

But if you take away the plot, what is the movie about? It’s about a man who does not believe in the supernatural, or the power of God, learning that these things are real. The story is about the change in Indiana Jones.

The structure of the film and the setup of Indiana Jones as a character makes this clear.

When the government men come to enlist  Prof. Jones to help them find the Ark of the Covenant, he tells them all about the history of the Ark and shows them an illustration from an old Bible. When one of the man asks about the beam of light coming off the Ark and striking down soldiers, Indiana explains, “Lightning, fire—the power of God.” He shrugs this off as unimportant. 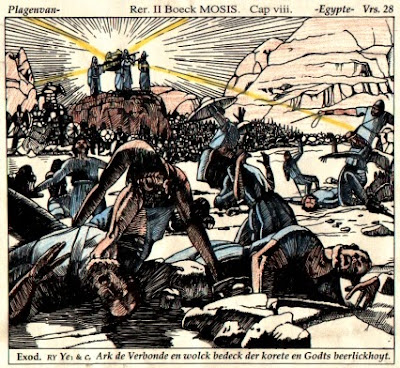 That scene alone would not be evidence of what Indiana Jones really thought. But in the next scene, Indiana Jones is busy packing (in preparation for his trip to find Marion Ravenwood, who he suspects may have a clue to help him find the Ark), while talking with his colleague Marcus Brody. Brody tries to impress upon Indiana the power of the Ark.

BRODY
Marion's the least of your worries right now, believe me, Indy.

INDIANA
What do you mean?

BRODY
Well, I mean that for nearly three thousand years man has been searching for the lost Ark. It's not something to be taken lightly. No one knows its secrets. It's like nothing you've ever gone after before.

INDIANA [laughing]
Oh, Marcus. What are you trying to do, scare me? You sound like my mother. We've known each other for a long time. I don't believe in magic, a lot of superstitious hocus-pocus. I'm going after a find of incredible historical significance, you're talking about the boogie man. Besides, you know what a cautious fellow I am.
[throws his gun into his suitcase]

It is clear that Indiana Jones does not believe in the power of the Ark.  He doesn’t believe anything could be a danger to him that he can’t shoot with a gun.
Through the course of the movie we the audience get small glimpses of the Ark’s power. For instance, it burns off the swastika stenciled on the side of the wooden crate where it is being kept.

If Indiana didn’t believe this he would’ve kept his eyes open to see what was happening. The Indiana Jones at the beginning of the movie would have.

If we want to talk about flaws in the film, I think the one place you might look is here. Knowing now that the movie is about a man going from disbelief in the metaphysical to crediting such things, where do you think that flaw might be?

I’ll tell you what I think it is: It is in the fact that none of the supernatural things that happen before this moment happened for Indy’s benefit. He does not see the Ark burn off the swastika, for instance. There is no place where he actually changes—where he is challenged to change.

But here’s what’s interesting: The power of a character changing is so strong, that if you have just a suggestion of it in the script your audience is likely to accept it.

So, yes, it’s true that if Indiana Jones was not a character chasing the lost Ark, the Nazis may well have still found the Ark, opened it, and all been killed. But as story-master Billy Wilder used to say to his writing partners, “Don’t give me logic, give me emotion.”

Many great stories have logic problems, but they will be invisible to most people as long as they care about the characters, and as long as what’s happening to those characters serves the theme. As I have said before in other places, theme beats logic.

The most important part of Raiders is that Indiana Jones closes his eyes. He has changed.

Raiders of the Lost Ark was released in 1981. It has taken all that time for people to see this “mistake”, while in the meantime the film has become a bona fide classic. Could the mistake really be that big? In fact, this mistake doesn’t matter at all.