Butch Cassidy and the Sundance Kid – Another Movie I Like 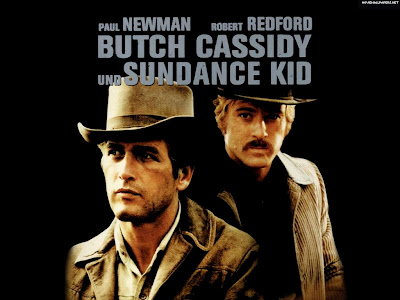 William Goldman, who wrote the script for Butch Cassidy and the Sundance Kid, is one of the most respected screenwriters in the history of the medium, and this film is one of the reasons. It has left an imprint on the “buddy picture” that has not diminished since its 1969 release.

What I love about this movie is that it has a laser focus—it knows what it’s about. Goldman knows his theme and drives it home at every opportunity. Sure, the film is fun.

The banter between the two lead characters, played by Paul Newman (the salad dressing guy to you young people) and Robert Redford, is clever. The actors have chemistry.

But this film is much deeper than it appears. It says that we cannot run from death. Sooner or later the world changes, and try as we might, we cannot stop this encroachment any more than we can stop death from coming. It says that and it’s still funny. What more can you ask?

These two men are notorious bank robbers and in the very first scene we see Butch (Paul Newman) casing a bank. Upon seeing that it is heavily fortified, he asks a guard:

BUTCH: What happened to the old bank? It was beautiful.

Right off the bat the world is changing and challenging. These are the first lines spoken.

Not very much later—the very next scene in fact—we are introduced to Sundance. He is in a saloon in the midst of a two-man card game when Butch comes by to collect his partner. But there is a dispute and the other card player thinks Sundance has been cheating and says as much. The man, named Macon, also threatens Sundance:

It is clear that guns are about to be drawn and Butch tries to talk his buddy out of shooting it out with the other man. He says to Sundance that he doesn’t know how fast Macon is. Then he says:

BUTCH: Well, I’m over the hill—it can happen to you—everyday you get older—that’s a law.

It is very precise language that gets to the heart of the film—the point of the film. Getting older is a law. It is a law that even these master outlaws cannot break. When most people say that something had good dialogue they do not mean this—this is great dialogue because it matters.

Goldman never drops the ball on this. At one point he introduces a brand new invention called a bicycle, which represents the coming future. In fact, Butch, who buys the bike at one point, discards the thing with the line:

BUTCH: The future’s all yours, you lousy bicycle. 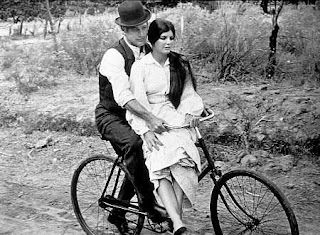 But the outlaws keep trying to hold onto to their past—to the old world. At one point they rob a train. They have robbed this train before and the owner of the company isn’t happy about it. He hires a “Superposse,” as the screenplay calls them, to hunt down Butch and Sundance.

This posse is almost superhuman in their ability to track Butch and Sundance over every type of terrain. They never seem to tire. They are relentless. And we never see their faces. They are almost always black silhouettes in the distance. They are death. And you cannot outrun death. 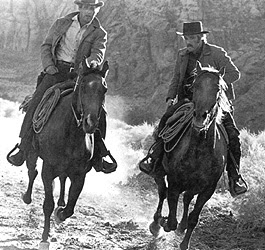 I won’t tell you the ending, but it is the only ending there could be to this story. This story may not sound like it would be fun to watch, but it is. It’s great. I wish any film I could see in the theater today had as much to say and could say it with the skill of Butch Cassidy and the Sundance Kid.

Most classic films are classics because they are done with much more skill than the others. Much more focus and precision. That’s a law.
Posted by Brian McD at 1:42 PM

I love this film. I love the The Sting even more. Newman and Redford were brothers on film, but Goldman and David S. Ward gave them such length and depth to play from. (That said, with the same script, I'm hugely skeptical of any modern directors and stars to bring them forth nearly so well. Darabont and Nolan maybe.)

The Sting is a pretty good film too. I was a little kid when it came out and saw it then. I can tell you it was a crowd-pleaser.

George Roy Hill was a smart director. Few can live up to his smarts nowadays.