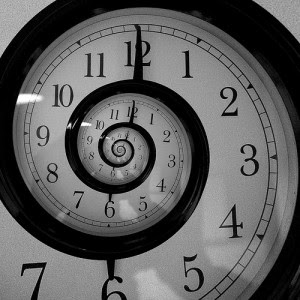 Ever since Quentin Tarantino’s film Pulp Fiction was released, people have talked in awe about how that film and others have played with traditional notions of story structure. That film tells its story out of sequence and is therefore innovative, or so the reasoning goes. This is a mistake. Telling stories out of sequence is actually as traditional as it gets.

The idea that story structure is ruled by linear chronology is a common error. As I have often written, and told students, one must look at how stories are told in real life. One must study stories not in their written form, or some other medium like TV or films, but in their natural habitat. 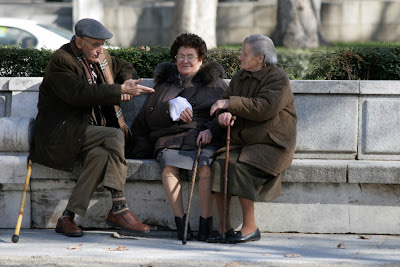 Since stories are all around us all the time, if you can train yourself to pay attention to everyday speech, you will learn more than I—or any book, blog, or teacher—could ever tell you about storytelling.

So, let’s look at stories in their natural habitat to see how we are not married to linear chronology in stories and why.

STORYTELLER:  So, I go into work this morning – traffic was crazy so I was about five or six minutes late. I grab some coffee from the break-room. Someone had brought donuts so I grabbed one and everyone in the office started talking about their long weekend and what they did. We did that for about 10, 15 minutes until I noticed the time and mentioned that we should get back to work. Someone was in the middle of a story, so they all stayed in the break-room and I headed back to my office. On the way my supervisor stops me and tells me that I’m fired for too much socializing.

That is one way someone might tell you a story, but it isn’t very likely. Why?  It’s a little boring. Why? Because the listener has no idea why they are listening.  Most of us are natural storytellers and understand that power of structure and the manipulation of chronology.  Most of us know to start with the most interesting part of the story to cue people in to why they are listening.

TYPICAL STORYTELLER: I got fired today! So, I go into work this morning – traffic was crazy so I was about five or six minutes late. I grab some coffee from the break-room. Someone had brought donuts so I grabbed one and everyone in the office started talking about their long weekend and what they did. We did that for about 10, 15 minutes then I noticed the time and mentioned that we should get back to work. Someone was in the middle of a story, so they all stayed in the break-room and I headed back to my office.  On the way my supervisor stops me and tells me that I’m fired for too much socializing.

See how this small change impacts the story? Putting the point up front works to engage one’s audience; that sometimes means hopping to the end of the timeline. “I got fired today” is the end of the story. It’s what everything is leading to. But notice how your brain barely notices this time shift. It’s because it is a natural way for us to tell stories and not anyone’s invention or construct. 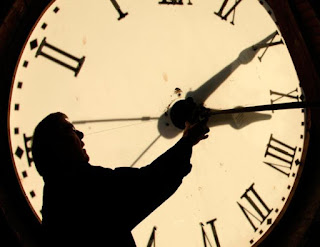 We all know people who tell stories the way I did in the first example and those people make us very impatient because as listeners we are straining to ascertain just which details of their stories are germane.

The myth is that Hollywood invented story structure. They did not—they capitalized on it. Structure is not about adhering to page counts or putting the story events in a predetermined order, but rather understanding what order of events is most effective for the story one happens to be telling. 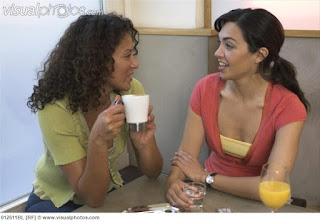 My advice—listen to people talk. Listen to people tell stories when they don’t even know that they are doing it. If the story is engaging, chances are they are instinctively using sound structural principles. You can learn all the “rules” of storytelling by listening to people. All you have to do is take the time.
Posted by Brian McD at 1:31 PM 19 comments: 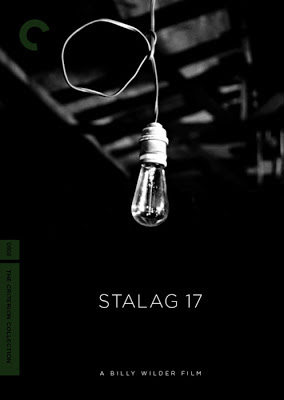 You can’t beat Billy Wilder—the guy was amazing, so good that it’s almost scary. He was a screenwriter first, and if he had remained a writer, he would still be a legend; he and his early writing partner CharlesBrackett wrote several hits for Paramount studios.   Because of this success, he was able to convince the studio to let him try his hand at directing. He went on to direct a string of classics. Stalag 17 is one of those classics.


I should state that I don’t think that the film is perfect—much of the comedy doesn’t age well. It’s much too broad for modern sensibilities and often distracting. (I go into more detail about this in my book Invisible Ink.) Still, in most ways, it is a solid piece of work that entertains.

Stalag 17, made in 1953, takes place in a German POW camp during World War II. The prisoners are all American airmen, who begin to suspect that one of their fellow prisoners is working with the Germans and feeding them valuable information. Which of them is the traitor?

The suspicion falls on a man named Sergeant J.J. Sefton, played by one of my favorite actors of all time, William Holden (who won an Academy Award for the role). Sefton seems to get favors from the Germans, and he seems privy to information that must have come from them. He also has a trunk full of supplies and goodies that the other prisoners do not have: Sefton has soap to wash with while the others do not. Sefton eats eggs, while the others must eat watery potato soup.

Not only is Sefton is permitted to visit the off-limits area where the female prisoners are held, but he charges all the men in the camp to have a look at the women through a telescope he has managed to acquire.

For all of these reasons, when the group suspects that there is a spy amongst them, Sefton is the prime suspect. Sefton contends that it’s a POW camp, after all, and that he has just learned to live by his wits. He has learned how to trade well and that’s how he gets things, but that that doesn’t make him a traitor. 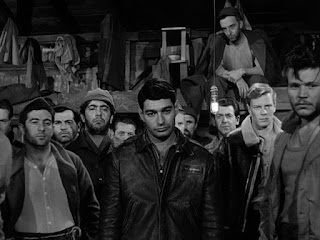 At some point two new prisoners are introduced to the barracks. One of them is a guy that Sefton knows—a rich guy named Lieutenant Dunbar. Sefton doesn’t like Dunbar, believing that the rich guy has had life easy because of his wealth.

This is great story construction. The inclusion of Lieutenant Dunbar is at the heart of what makes this story work: The group is judging Sefton the same way Sefton is judging Dunbar.

Wilder shows Dunbar to be a team player, even though he outranks everyone in the barracks and is worth 25 million bucks. Right away, when he is introduced as a lieutenant, he waves it off as unimportant—he just wants to be one of the guys.

What makes Billy Wilder better than most writers is that his stories are not just a series of events strung together. His stories have a point—a reason for being told. In this story we learn something about the danger jumping to conclusions before we have all the facts, and just how wrong we can be. In the end, the prisoners learn that they should have not been so quick to judge while Sefton learns the same thing.

Knowing how to make a fun, entertaining film that has a meaningful theme at its core is what helped win Wilder six Academy Awards and a place in film history as one of the giants. Believe me, if you learn how to master this aspect of the craft of storytelling there may be a few awards in your future, too.
Posted by Brian McD at 7:23 PM 2 comments:

Why don’t people ask why?