The sketches in this blog were done by my friend Derek Thompson who works for Pixar and has sat in on two different seminars of mine. This was his way of taking notes. 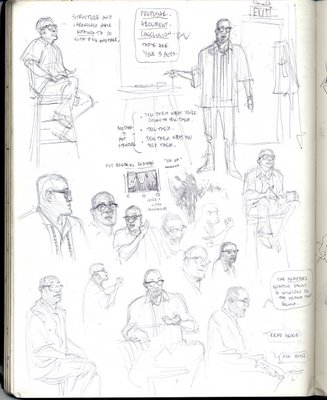 A few months ago I had the privilege of teaching my seminar at Pixar. Anyone who knows me knows that there are few modern storytellers I respect as much as I do those at Pixar. They are the best.

I was as nervous as I have ever been in my life. I worship these people. You think I’m kidding, but I cannot express here just how highly I regard their work. At one point while speaking I thought that I might pass out my head was spinning so fast.
All of this tension I was feeling was self-generated, by the way. The people at Pixar could not have been nicer. They were sweet, generous and humble people. Not one person swaggered with pride or puffed their chest out. These were the people who made Toy Story and Toy Story 2, A Bugs Life, Monsters Inc., The Incredibles and (my personal favorite) Finding Nemo and they walked with their feet planted firmly on the ground. And strangest thing of all -- they wanted to hear what I had to say about story construction.

My late friend Scott Tolson used to say after dispensing advice, “but what do I know, I’m just some guy.” That’s the way I felt – I’m just some guy. But they listened to me to see just what I had to teach them. As I said before these are humble people. This is a key element to their success. 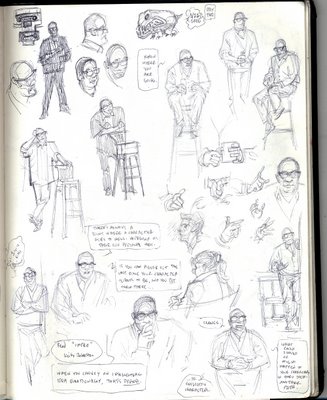 I will repeat something from another blog here, but I think it’s appropriate. I was lucky enough to become friends with acclaimed playwright August Wilson a few years before he died. One day, shortly after we had met, I mentioned the story structure class that I teach, and he said that he should take it. I was blown away. I said, “You have two Pulitzers to my zero. Why would you want to take my class?” He told me a story about a guy he knew who had once met the great jazz saxophonist John Coltrane. The man sheepishly mentioned to Coltrane that that he too played the saxophone. Coltrane’s response was, “What can you teach me?”

August wanted to know what I could teach him. In fact, once I was on my cell phone and August approached and hovered around until I got off the phone. He then asked me for advice on his new play. I told him what I thought he should do and he took notes and listened. The man knew that he didn’t have all the answers and wasn’t afraid to seek them out. This was a man at the top of his field, but he showed the same dedication to continued learning that I would later witness at Pixar. 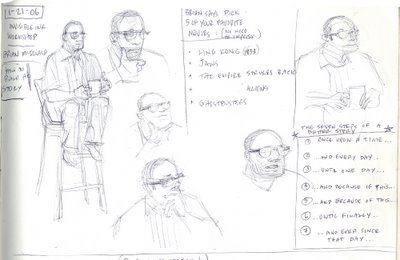 I have seen over and over again that the best people are humble before their craft and don’t lean on their past successes. They are hungry for knowledge and know that they will never reach that elusive goal of knowing everything. One must always move toward the horizon even though the horizon keeps its distance.
Posted by Brian McD at 5:58 PM 6 comments: