Two Questions That Drive Me Crazy 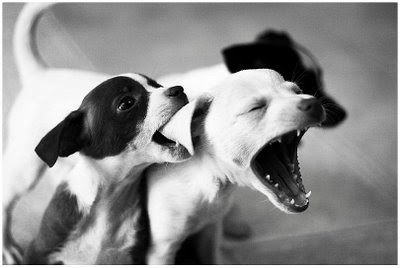 When I was a kid there were no VCRs. Only rich people had them; they were still rare for the rest of us. I desperately wanted to see my favorite television shows over and over again, but there was no way to do it. So I used a cassette recorder to record the shows’ audio. I would listen to them in bed when I was supposed to be asleep. This was during the ages of ten, eleven and twelve.

I was a kid obsessed with movies and television and how stories were put together. I needed to know what made a story work. After listening to my recordings of The Mary Tyler Moore Show, The Bob Newhart Show, and reruns of The Twilight Zone and others, I began to see patterns. I didn’t yet know the terms for three-act structure and had never heard of Aristotle, but I knew that the first part of a story was a set-up for what was going to come later. And that there needed to be some kind of conclusion where it all paid off.

When I was a little older I found out where I could get screenplays. I got them and read them until I could see the patterns there as well. By the time I started to read books on screenwriting they were just confirming, and putting labels on, things I had already observed on my own.

Later, when there were VCRs, I watched movies and studied them over and over again so that I would understand the visual language of film. I checked out a 16mm projector from the public library along with old silent movies, and projected them from my room onto the side of a white house next door.

I made my first film when I was ten; I met a kid who had a Super 8 camera. All I remember thinking at the time was, “Finally, I’m getting to make a film!” This was something I had wanted to do since I was five, and found out you could do such a thing.

When I was thirteen I saw that there was a listing for motion pictures in my local phone book so I started calling people and asking questions. That got me my first after-school job as an assistant animation camera operator for a man named Bruce Walters, who taught me things I use to this day.

Why this trip down memory lane? Because I have two pet peeves.

I am often asked by beginners which screenwriting software I use. All I can think is that this is the last thing they need to worry about. They never ask if they have the skill or talent to write a screenplay. Writing screenplays is a lot of work and the more you understand how to do it the harder it gets.

But software is always the first question people ask nowadays. They will not put in the time and effort to hone their craft, but they will plop down a couple hundred bucks on a program that makes their jumble of ideas look like a screenplay.

Sure, every now and then an ex-stripper decides to write a movie and hits the big time. But more often then not I’m guessing that someone starts off wanting to be a screenwriter and ends up a stripper–not the other way around. This is a tough business and it helps to study the craft.

The other question has to do with passion.

I often find myself speaking or teaching a class where I tell people that if they want to write screenplays they should read screenplays. I am surprised how few people bother to read things written in the form they profess they want to work in. So I say, “Read screenplays.” The response that always comes back, “Where do you get screenplays?”

I got my hands screenplays in the ‘70s and early ‘80s when they were much harder, not to say impossible, to find. Back then not everyone wanted to write movies, so not many people sold screenplays. Now you can get them everywhere.

“Where do we get screenplays?” may sound like an innocent question, but what it really says that the person is unwilling to put any effort into learning their craft. Not even the effort it takes to type “screenplay” into a search engine. C’mon, people.

But when you sit down to write a screenplay and are gripped with fear and insecurity, when you feel you know nothing, when you know what you don’t know, and you can see there is a mountain you must climb ahead of you—then you are on your way to becoming a screenwriter.

There is only one way to scale this mountain — study your craft. Be a ravenous consumer of information. You can start right now by typing “screenplays” into Google.

And please never ask me those questions again.
Posted by Brian McD at 4:56 PM

So do you write your blog posts on a Mac or a PC?

Success requires work. It's not a popular message, but you'll hear none truer. Well said.

I wonder if you're being fair, though, to intermediate writers. Perhaps you are addressing the newest of the newbies? Asking for which software to write scripts in is not quite on the same level as asking which brand pen to use. Tools help get the job done...

However, a common topic on writers lists is to pass around the list of "rules" all newbies must comply with. The posters of the rules take on airs of sage oracles as they share these rules with the group. I have yet to see in these lists, however, discussions on writing dynamic characters, tips on pacing a plot, writing with a unique & consistent voice, etc.

Perhaps the minutiae is easier to grasp and talk about confidently for those new to their chosen pursuit.

Just found your blog and i like it. Keep it up.

Reading Outliers by Malcolm Gladwell. He says to be a world-class expert in anything - takes 10,000 hours. Examples include The Beatles - who had played 1200 gigs by 1964 - when they hit it big. another example was Bill Gates - who, like Brian, found his passion in middle school. He was programming years before founding MSFT. Achievement = Talent + Preparation.

I remember taking a trip to New York awhile back, and talk about a town where you can find anything. The last day of the trip I was wandering the streets of Brooklyn. On one intersection, I came across a guy that took up two sides of the street. He wasn't selling cheap jewelry or t-shirts. He had tables on both sides of the street full of random movie scripts, old and new. He was selling them out of the back of a van. If only all street corners had treasures like this. If you can't find something online, you just might find it on a street corner, even if it's a movie script.

Not a fan of Juno eh? Thanks very much for your time the other day, I hope you find you find my writing to be better than just a jumble of ideas, but I will strive to do better every day.

Thanks again, I value your perspectives and opinions

hahaha. awesome article. what's more awesome is the picture you paired with this topic. i love it!!