Embracing Cliché (by not being cliché) 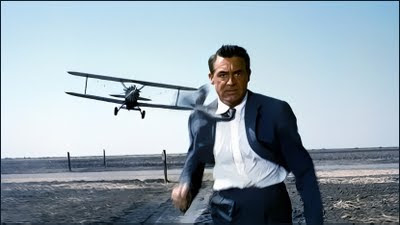 "There is nothing new in art except talent." – Anton Chekhov


When teaching story structure, one of the biggest objections I have run into over the years is that “life’s not like that.” You can read my answer to that on my old Sherman Alexie post.

Another objection is that utilizing structure creates stilted work. Yes, it can, if one has only a superficial understanding of structure and has yet to master it. But that’s true of learning any new skill.

Still another objection is the beginner’s idea that the practice of story structure leads automatically to cliché. Legendary playwright Anton Chekhov said that a writer can’t introduce a gun in the first without using it by the third act. This is the most basic rule of story structure. Hollywood legend Billy Wilder said, “If there is a problem with your third act, it is really a problem with your first act.”

This is a variation of what Chekhov said. I am not smarter than Chekhov and Wilder, so I listen to them and do what they say and more times than not it works out.

But people who know this rule see a gun introduced early in a story and roll their eyes because they know it will be used later: “Of course the gun was used at the end. That’s so cliché, so predictable,” they say. 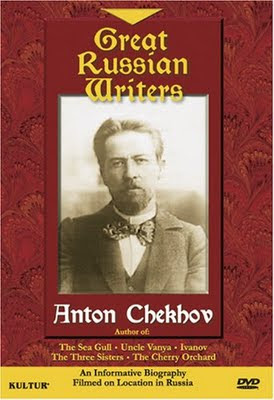 So these writers who want to avoid cliché often opt for randomness, because randomness is not predictable. But after teaching hundreds of students over the years I have noticed something about my students who desperately want to be different – they are all “different” in exactly the same way. They create, ironically, the same clichés. In their stories, the guy will not get the girl. In their stories, characters are quirky. In their stories, the main character dies at the end. Their stories are dark – no happy endings for them. Their stories present random scenes that go nowhere and are awkward because, “That’s the way life is.” These are the clichés of the avant-garde, the clichés of those who wish to be simply “different.”

These writers never seem to ask themselves why the more mainstream clichés exist – they chalk it all up to lazy writing or rose-colored glasses. Sometimes it is. They are not completely wrong about that. But it is no less lazy than a series of random events and dark, quirky characters that do not serve a story function. (Making the writer feel “original” is not a real story function.)

Hitchcock talks about want to avoid a cliché in his classic film North by Northwest. In the story, the main character, played by Cary Grant, is being pursued by the bad guys who are trying to kill him. In one scene, the bad guys try to kill Cary Grant in an open field using a crop-dusting airplane.

Peter Bogdanovich asked Hitchcock about this in a 1963 interview:


How did you get the idea for the plane sequence?

This comes under the heading of avoiding the clichés. The cliché of that kind of scene is in The Third Man. Under a street lamp, in a medieval setting, black cat slithers by, somebody opens a blind and looks out, eerie music. Now, what is the antithesis of this? Nothing! No music, bright sunshine, and nothing. Now put a man in a business suit in this setting.


What’s funny to me is that Hitchcock both used the cliché and avoided it. He knew he needed a scene where the character was isolated and alone, where the bad guys try to bump him off. He did not choose not to have the scene, but rather to avoid the cliché trappings of the scene. This is what made the scene an original and a classic.


An old song lyric goes, “It ain’t what you do, it’s the way that you do it.” Craft is about how well you execute a concept.


If you want to avoid a cliché first ask honestly why the cliché exists – there may be a good story reason to have it. But then what you do is find a way to get away from the trappings of the cliché.

One way to do that is to choose opposites. This is an old acting trick. They say that when playing a miser stress his generosity. Good actors will often play opposites because it takes their performances away from the cliché. The actor might smile and speak sweetly when the character is seething with anger, for instance. Playing opposites gives characters depth and avoids the cliché. One can always play against a cliché while still understanding its usefulness in telling a particular story. This way one gets the best of both worlds.


At the very end of his classic film The Apartment, Billy Wilder had guy get the girl and proclaim his love for her. This is a cliché if ever there was one. How did Wilder both use the cliché and avoid it, too?


What she does is continue to play cards. The man bears his soul and says again how he feels. Still interested in her cards the woman smiles and says to the guy, “Shut up and deal.” And we know she has feelings for him, too.


This is a film classic by one of the best filmmakers in history. He did not run away from the cliché, but he knew just how to soften it, take the gloss of sentiment off it.


Another way to use the cliché while avoiding its trappings is to tell the truth. If the story demands that you have a type of scene you have seen a million times before then ask yourself what might really happen in that situation. Don’t copy what you have seen in the movies, but be as honest to real life as possible. How would a person really act if they were being shot at? How would someone behave if they were trapped somewhere with a bloodthirsty monster?


I remember reading an interview with Ted Tally, screenwriter of The Silence of the Lambs, where he talked about needing get the heroine in the basement with the killer. At first he wanted to avoid the cliché, but he realized that he could not escape the story’s demands. So his job was to find a convincing story reason that compelled the woman to go into the dark basement alone with the killer.

When you are constructing a story, and you introduce a gun in Act One that must be used by Act Three, your job is not to use the gun, but to surprise the audience by how the gun comes back. Maybe it is used by a character that we least suspect would use it. Or you could construct the story so well that the audience forgets all about the gun until it returns.


My point is you don’t avoid the clichés by not using them, but knowing why you might need them to help tell your story and how you might dress them up in new clothing.
Posted by Brian McD at 4:16 PM

It reminds me of that George Lucas quote :

"A cliche is a cliche because it works."

I'm reading "The Hero with a Thousand Faces"

2) My dreams are warped from too much thinking
about the myths he talks about.

2) The Matrix: even though even a section titled that, appreciate it is still really, really hard to turn into a story.

3) What do you think of his work? Any favorites?

Thank you for the example of opposites to give a cliche depth! This is a great way to think of it! Study the cliche, understand why it works, then use it to your advantage...carefully.

Campbell is great. He was a really smart dude, but he can be hard to read. If you can find any of his lectures or interviews and watched those first it may make it easier to get more from the text without hurting your head.

Thanks for letting me know.

Nice post. Love that story behind the crop duster scene in North by Northwest.

The basement scene in Silence of the Lambs, however, was straight out of the book, so I'm not sure how much credit the screenwriter deserves for that one.

Great final point though. Cliches are unavoidable. Best to understand them and use them effectively.

As for Silence of the Lambs, I have not read the book, so you know more about that than me. Having said that my guess is not that Ted Tally was saying invented the scene itself, but that he needed to have a way into that scene that felt credible.


Paddy Chayefsky who wrote, novels, teleplays, stage plays and screenplays said that he found writing screenplays more challenging than novels because he found that one’s logic could be more sloppy in a novel. He said that you could get away with murder in a novel.

This is probably because novels can take place inside the head of a character -- where as in a film you can only deal with what the audience can see and what they can hear. This means that sometimes when adapting something from a book into a screenplay sometimes requires the writer to fill logic holes that are not always evident when one reads a book.

I don’t know for sure, but my guess is that is was this kind of thing that Tally was talking about. I’m sure he was not claiming

Hi Brian,
Hope your Summer is going well. I think this post is very helpful in thinking about cliches and how to work with them without feeling pressured by how people avoiding cliches.

Oh, during the summer animation course I tought, I introduced your 7step/armature (I used the word 'moral' because they were highschool students), and when the story consultant for that program came in and talked about plot and nothing about an armature/moral, one of my students came up to me and asked why that person didn't say anything about how important a moral is to the story! He seemed somewhat disappointed that it wasn't mentioned at all and that he wanted to learn more. I directed him to your books so he could learn more about stories.


Thanks for writing again.

Not everyone is so convinced about moral and so will not teach story that way. Moral is a loaded word and for many translates into preachy. It doesn’t have to mean preachy at all – all it really means is having a point.

Thanks for pointing people in the direction of my books, I hope they get something from them.

Read Invisible Ink. Many times, actually. But I just discovered the blog. Why don't I ever immediately go find blogs by authors I respect? I am going through all of your posts. This one popped out for me. I have written a musical that is exclusively based around cliches and cliques and other things that start with cli. This is extremely helpful.

Thanks for reading the book. Glad you liked it. I hope that it holds up after repeated readings.

And thanks for letting me know that I helped with your musical. Glad to be of service.

Hope you find the other posts as useful.